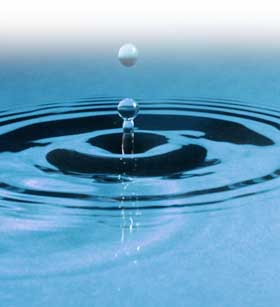 “We can now see a positive trend in the way drinking water quality is being managed,” she said, announcing the results of the ‘Green Drop’ and ‘Blue Drop’ certification programme.

On a provincial level, the report showed that all provinces increased their Blue Drop scores in 2011, when compared with the results of the very first assessment in 2009.

However, compared with the results from last year, the scores of the Eastern Cape, Mpumalanga and North West declined, with Mpumalanga’s decrease being the most dramatic, from 65.4% to 56.5%. Mpumalanga also had the lowest 2011 Blue Drop score of all provinces.

The Green Drop results showed that the number of wastewater treatment systems assessed had also increased significantly over three years, from 449 systems in 2009 to 821 systems in 2011.

However the Green Drop report showed a negative trend in the quality of the wastewater treatment services, with the number of systems that scored more than 50% having decreased from 49% in 2009 to 44% in 2011.

Molewa said that the results showed that challenges remained in wastewater management and highlighted a lack of human capacity and maintenance of treatment systems as some of the key concerns.

Wastewater treatment services in Limpopo and the Free State are in a particularly dire state, with these provinces scoring only 24% and 32% respectively.

“The bulk of the Free State municipalities did not meet the requirements of the regulation programme. With the exception of some positive trends, it is the regulatory impression that the wastewater services management are not on par with good practice and legislative compliance,” the report stated.

Provincially, the highest Green Drop scores were earned by the Western Cape (83%) and KwaZulu-Natal (82%).

Meanwhile, the DWA acknowledged the municipalities that achieved excellence in drinking water quality and wastewater regulation at a ceremony in Cape Town on Thursday evening, with the award of Blue Drop and Green Drop certificates.

The municipality to receive the highest number of Blue Drop certificates was the Steve Tswete local municipality in Mpumalanga which was presented with six awards.

Municipalities that use water boards to manage their drinking water systems dominated the awards.

Speaking to Engineering News Online, Muller said that South Africa had the technical capacity in the private sector to carry out these services effectively. He didn’t rule out the possibility that in future the DWA may look at implementing legislation that could allow the department to compel municipalities with poor management of water quality and wastewater treatment to use private sector operators that have the technical skills and knowledge readily available.