How the Department of Defense Leads in Alternative Energy Innovation

“More Fight, Less Fuel” is one of the Department of Defense’s new mantras on energy use. If that leads also to “less politics,” too, so much the better. 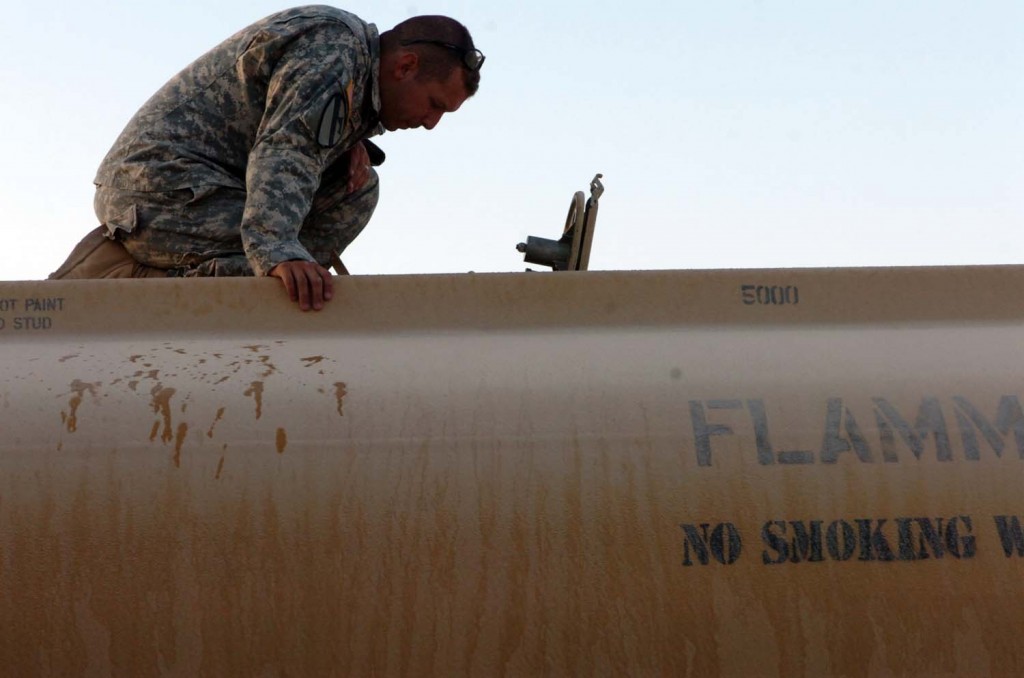 Last week, the Defense Department released a sweeping strategy rethinking the role of energy in warfighting.

“More fight, less fuel” is one of the strategy’s catchphrases. Another is “more capability, less cost.” The more money spent on pricey oil, the less money is available to equip the troops in the field, at sea, and in the air. Moving oil-based fuel around is more than expensive – it’s deadly for troops exposed to attack guarding fuel convoys.

Amory Lovins, the energy efficiency maven who advised Pentagon brass on the strategy, hopes that the Defense Department will be the test bed and mass purchaser that will accelerate the movement of clean energy technologies into the commercial marketplace.

Equally as important, the Defense Department’s embrace of clean energy might… one can never be sure in today’s ultra-polarized political environment… positively rebrand efficiency and renewables in the minds of conservatives with a tendency to disdainfully dismiss those energy sources as pie-in-the-sky or, more darkly, as elements of a plot to force a hairshirt consumption ethos on America.

General David Petraeus, the U.S. commander in Afghanistan, has little time for political theorizing in salons. He has ordered his ground and air commanders to use fuel more efficiently and look for oil alternatives that work on the front lines and reduce hazardous convoy duty.

Up the chain of command from Petraeus, Admiral Mike Mullen, chairman of the Joint Chiefs of Staff, is thinking about the impacts of climate change on security and how energy complacency might make matters worse. Like Petraeus, Mullen does not have bandwidth for talk show bloviation about climate change hoaxes.

Disappearing ice in the Arctic already is stirring up potential geopolitical tensions, as open water at the top of the world will result in new territorial claims, new trade routes, new access to extractable resources, and new ways for big countries to annoy each other. Melting ice in the Himalayas and Tibetan Plateau could result in water shortages that force mass migrations that stir up conflict. Drought in South Asia could reduce arable land in India and Pakistan, two countries with large populations and long memories that point nuclear weapons at each other.

Military commanders cannot prevent ice from melting, but they can deploy different ways of using energy that result in less waste, less vulnerability, more resilience, and more security. “Strength and stability at home equate to credibility and influence abroad,” Mullen said in a speech last October.

And if cleaner energy technologies can be made less of a political football, so much the better.

Also read Renewable energy a priority for the military and Green soldiers.

Alternative living: going underground – the Dune House
How to Save Energy at the Office