How green is your party? Vote for the environment! 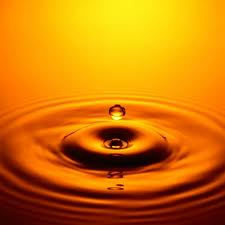 Where does it come from?

Groundwater is an important part of the water cycle. It comes from rain, snow, sleet and hail that soak into the ground. The water moves down into the ground because of gravity, passing between particles of soil, sand, gravel, or rock, until it reaches a depth where the ground is filled, or saturated, with water. The area that is filled with water is called the saturation zone and the top of this zone is called the water table. The water table may be very near the ground’s surface or it may be hundreds of meters below.

Although groundwater exists everywhere underground, some parts of the saturated zone contain more water than others. An aquifer is an underground formation of permeable rock or loose material which can produce useful quantities of water when tapped by a well. These aquifers may be small, only a few hectares in area, or very large, underlying thousands of square kilometers of the earth’s surface.

Even if groundwater is not used by people, it may still play an important role in the local environment and sustain rural livelihoods that way. Plants may tap into it with their roots and animals may drink it when it comes to the surface as springs.

If groundwater is underground, how do we get it out?

Once a successful borehole has been drilled, we can equip it with any of the following equipment: (the choice is influenced by the specific intended use of the water, e.g. for drinking water, water supply to municipality, irrigation and other):

Boreholes require sophisticated technology with the right appropriate technical design, together with proper knowledge of the aquifer. Unfortunately, the importance of good quality borehole design and construction is often underestimated. The lifetime of a borehole and the efficiency of its functioning depend directly on the materials and the technology used. Borehole “failure” is often not linked to aquifer performance, but to the incorrect design and construction of the hole.

The Danger of Over Abstraction

While groundwater is an abundant resource, it does not mean we should waste it. The maximum quantity of groundwater that can be developed economically in South Africa is estimated at about 6 billion/m³ a year. Some groundwater resources take a long time to replenish. If too much groundwater is extracted too fast, it may become depleted. In coastal areas, fresh water, being less dense, floats on salt water. Over extraction of fresh water may allow salt water to replace it. Therefore, it is important to decide how much water can be extracted from an aquifer before it is developed.

Can we run out of groundwater?

Groundwater supplies are recharged naturally by rain and snow melt. That means we are only able to abstract as much water as that being recharged, otherwise the groundwater supply will run into a “deficit”. It is therefore possible that we can run out of groundwater, at least until the supply has been recharged again. This recharge process can take months, years or even hundreds of years. It is important to know how much water is available for abstraction from a specific aquifer BEFORE we start to utilize it.

Ground water is an important source of water in South Africa, particularly as a source of drinking water on farms in Mpumalanga and Limpopo.  If properly utilized, boreholes can provide a lifetime supply of clean, potable water as has been the case on our farm near White River (Lowveld). Unfortunately, borehole water is often wasted being ‘free’ water.  The world’s population explosion will place ever-increasing demands on all our water resources and many underground aquifers have been depleted.  Whether you use borehole water or municipality water, rainwater harvesting systems and grey water recycling will help you conserve water and reduce your impact on the environment.  Harvesting rain and reusing gray water will also reduce your water bills.  Water Rhapsody has thousands of happy customers around South Africa; testimonials have been received by some high-profile clients. Water Rhapsody Mpumalanga has incorporated Yes Solar (solar energy solutions) as water and energy are so closely linked.   Solar water heating is ideal for sunny South Africa, especially in the Mpumalanga Lowveld (Nelspruit has one of the highest irradiation rates in South Africa!) We can supply high quality, German-made solar water heaters (Eskom-approved, qualify for rebates) that are professionally installed by trained solar installers.  We are also authorized JoJo Tanks dealers and can supply & install the full range of JoJo water tanks, JoJo rainwater tanks and JoJo water tank stands.  Contact us for a free quote on a water system, water tank or solar geyser.