What would you choose: Energy or Drinking Water?

Scientists may have found the cause of the world’s sudden dwindling population of bees – and cell phones may be to blame. 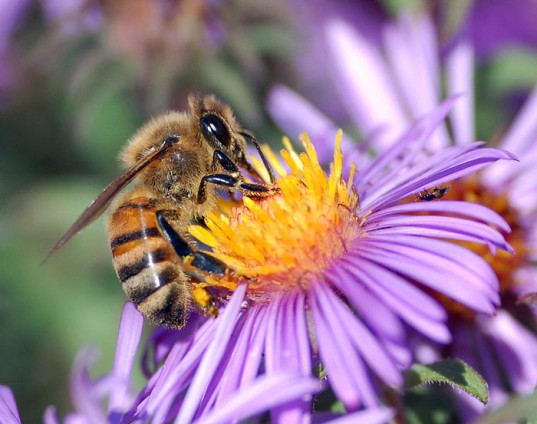 Research conducted in Lausanne, Switzerland has shown that the signal from cell phones not only confuses bees, but also may lead to their death. Over 83 experiments have yielded the same results. With virtually most of the population of the United States (and the rest of the world) owning cell phones, the impact has been greatly noticeable.

Led by researcher Daniel Favre, the alarming study found that bees reacted significantly to cell phones that were placed near or in hives in call-making mode. The bees sensed the signals transmitted when the phones rang, and emitted heavy buzzing noise during the calls.  The calls act as an instinctive warning to leave the hive, but the frequency confuses the bees, causing them to fly erratically. The study found that the bees’ buzzing noise increases ten times when a cell phone is ringing or making a call – aka when signals are being transmitted, but remained normal when not in use.

The signals cause the bees to become lost and disoriented.  The impact has already been felt the world over, as the population of bees in the U.S. and the U.K. has decreased by almost half in the last thirty years – which coincides with the popularization and acceptance of cell phones as a personal device.  Studies as far back as 2008 have found that bees are repelled by cell phone signals.

Bees are an integral and necessary part of our agricultural and ecological systems, producing honey, and more importantly pollinating our crops.  As it is unlikely that the world will learn to forgo the convenience of cell phones, it is unclear how much they will contribute to the decline of bees, and their impact on the environment.

This is not surprising when one considers the ill-effects of radiation from cell phones on us.

Bees are critical to our survival as a species; without bees agriculture would collapse and result in an even more intense global famine which we are likely to face in the next few decades.  So if bees are being a ‘nuisance’ by taking up residence in your house, call a bee-keeper to remove them rather than resorting to poison or other harmful means.