Authorities from the Northern Cape have expressed their concern about the environmental impacts of often illicit alluvial diamond mining along the Lower Vaal River. 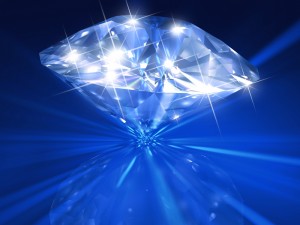 Due to the meandering nature of the Vaal River, diamonds are found both in the river channels and on the floodplains where the river once ran.  The deposits are actively mined by large-scale miners, informal and small-scale miners.  While these precious stones play an important role in the economy of the Northern Cape, removing them is a destructive process, causing many problems for the environment as well as people living downstream.

Large-scale miners rely heavily on hydraulic mining techniques, dredging on the river banks, removing vast areas of floodplain and riparian vegetation using bulldozers and machinery to expose potential diamond-yielding gravel deposits.  These operations have resulted in the significant clearing of trees and other vegetation.  Clearing of such vegetation directly contributes to rapid loss of soil moisture, bank erosion and topsoil loss.  As the trees trap carbon dioxide, therefore preventing it from being released into the atmosphere, the clearing will in future contribute to atmospheric carbon dioxide imbalance.

As more vegetation is removed siltation of the river, deterioration of water quality and an overall decrease in biodiversity are noticeable.  Increased sediment loads and reduced water flows have seriously affected habitats for indigenous fish populations and aquatic invertebrates in the Lower Vaal River.  Many of these alluvial diamond mines operate illegally and some within less than 5m from the riparian vegetation or river banks.  Removed sediments, rock dumps, gravel and sand are stockpiled next to the river.  When it rains, these sediments are washed into the waterway thereby contributing significantly to water turbidity.  The dumps have increased the suspended solids concentrations that may result in hampered oxygenation of the river and the retardation of photosynthesis due to prevention of light and heat penetration.  Accordingly, water temperature drops and threatens the survival of aquatic organisms.

In some stretches of the river, especially in Windsorton, Rooipoort and Schmidtsdrift areas, the river has been diverted to allow exploration of diamonds which has a negative impact on river health as a whole.  After mining, the areas are most often than not left unrehabilitated and unrestored.  Relevant stakeholders must come together to stamp out illegal activities and rehabilitate and restore the riparian vegetation so that the river can continue providing the service it should.

Water is a scarce commodity in South Africa and communities should take ownership of rivers and contribute to the management of our freshwater ecosystems for the benefit of future generations.  There is an urgent appeal to the public to report any illegal activities they come across.  Even small contributions, such as removing rubble out of these systems, could greatly contribute towards our future water security.  Let’s work together to secure our health and our environment.

Source: The Water Wheel March/April 2011 Volume 10 No 2 (Report by Peter Ramollo, Aquatic Scientist with the Department of Environment and Nature Conservation, Northern Cape.)

The above article refers to alluvial diamond mining along the Vaal River System but a similar scenario is occurring worldwide.  It doesn’t seem right, in this day and age, that we should be destroying our environment in search of something that is mostly used to satisfy a vain indulgence- diamonds are also a source of conflict and cruelty.  Perhaps, if diamonds are to be a continued fetish, we should ensure that they are not  ‘blood diamonds’ but also that they have been mined in an environmentally friendly way, and ‘eco-certified’.