Solar photovoltaic (PV) technologies have emerged as the “big winner” in South Africa’s 20-year integrated resource plan (IRP) for electricity, which indicates that the PV solutions could deliver 8 400 MW of new capacity by 2030, a new report by Frost & Sullivan argues. 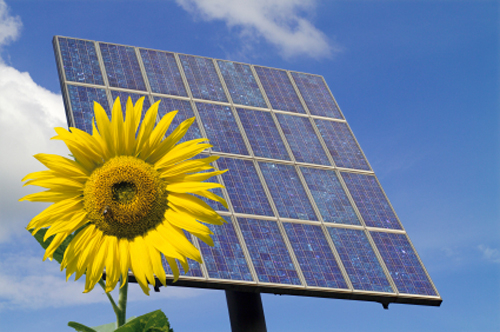 The target could translate into the deployment of a “staggering” 300-MW-a-year of large-scale solar PV from 2012 onwards, potentially transforming the country into a “solar gold mine”.

The report has been published as the National Energy Regulator of South Africa (Nersa) reviews the country’s renewable energy feed-in tariff (Refit) rates across all technologies, including solar PV. Under the proposed adjustments, the solar PV Refit rate could be cut by 41,3%, from the R3,94/kWh level promulgated in 2009, to R2,31/kWh in 2011.

However, some developers believe the revised Refit will still be sufficient to attract investors, particularly given that installation and operational costs have been declining in recent years. There is also an international drive to lower the installed cost of PV solutions to $1/W, from current levels of around $3,80/W.

The report notes that PV in South Africa is currently limited to offgrid uses, despite that fact that most of the 21 GW of global capacity has been integrated with the grid, the largest example being the 97-MW Sarnia PV facility, in Canada.

“The plan to create an area large enough for 46 300 soccer fields will be the largest cluster of solar farms in the world to date, and will be visible from space. The construction of these projects over the next 20 years will no doubt create a significant number of jobs,” the consultancy adds.

Extrapolating figures from the Spanish PV market, which created 28 000 PV-related jobs between 2001 and 2010 while developing 3 000 MW of capacity, Frost & Sullivan estimates that the solution, together with 1 000 MW of concentrated solar power, could yield 60 000 jobs over the next two decades.

As with Spain, whose market is currently facing difficulties, it is anticipated that the bulk of these jobs will be created in the manufacture of components. “Global and local PV manufacturers alike are exploring component manufacturing possibilities in the South African market,” the report states.

It also concludes that South Africa is in a “prime position” to become a key global solar PV market participant, despite the current frustrations associated with recent delays to the procurement process for the first round of renewable energy projects.

“Once the first power purchase agreements (PPAs) are signed, however, the market will flood with activity,” the reports argues, adding that the first PPAs are likely by the end of 2011.

In response to whether the South African consumer can afford the investment, Frost & Sullivan acknowledges that trade-offs will have to be made between economic and environmental imperatives. But it also notes that, while PV has cost disadvantages relative to wind, it had the advantage of being modular and relatively quick to install.

“While the economic well-being of the country should be monitored to avoid generous over-incubatory measures, the benefits of PV are set to provide the nation with clean electricity, and the creation of direct and indirect jobs,” the report concludes.