Beating Famine (Will Anybody Listen?)

5 Ways to ‘Green’ Your Lawn and Garden Care

What would you choose: Energy or Drinking Water?

The world has forgotten that farmers are the most important human beings alive.  Not only do they grow food, they also manage half the world’s land, three-quarters of its fresh water and a third of the atmosphere. 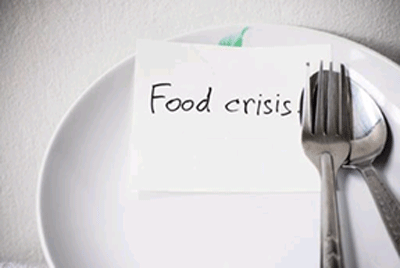 The challenge facing the next farming generation is to double the global food supply, using half the water, far less land and exhausted soils.  Moreover, they must accomplish this without fossil fuels and with very expensive fertiliser and limited technology, while diseases and pests continue to spread.  And then there’s erratic climate!

By 2050 a population of 9,2 billion will eat as much as 13 billion people at today’s nutritional levels.  The food demand is expected to more than double by the middle of the century.  Can we cope?

While of value, genetically modified (GM) crops haven’t added anything

to the total food supply – we’ll need more than biotechnology to avert famine.  Current food output is keeping pace with population growth, but not with growth in food demand.  This gap will widen as more societies develop economically and switch to a western diet.  We need to increase our investment in agricultural research and development fourfold.  This can be funded by levying the global weapons spend of US$1,3 trillion by just 10%.  And that has to be done, because the threat of famine is even more serious than global warming.  Consider the following:

The easiest way to increase food availability is to end the waste of half of all the food we produce.  This will also save water, nutrients, energy and soil, it means redesigning our diets, food production and distribution systems.

We need to recycle all water and all nutrients and create new food production systems based on hydroponics, biofarming and cell culture.

At the same time we’ll have to choose a global diet that uses far less energy, water, land and nutrients to produce.  This is a diet containing 50% more vegetables than today’s western diet – it will still have meat and dairy but in smaller quantities.

There are thousands of “undiscovered” indigenous vegetable waiting to make this culinary adventure as well as a global awakening and a health revolution.  They are suitable for traditional horticulture, broadacre irrigation and hydroponic urban farming systems and use less land, water and nutrients to grow more food.  Meat production will go back to the rangelands where it will be lower in energy intensity, organic and more acceptable to changing social mores than factory meat.  Finally, some young women in all cultures are refusing to marry and have children.  If we support them, they can reduce the global population peacefully and voluntarily.  We have the money to make these changes is we really wanted to.

As if our population explosion and climate change are not enough, political and social dysfunction can and do also produce famines.  There are countries that have the potential and resources to be net exporters of food, for example Zimbabwe.  Zimbabwe was southern Africa’s ‘bread basket’ but its controversial, failed land policies have reduced this country to nothing more than a basket case.  South Africa has also recently become a net food importer, no doubt as a result of this country’s failing land redistribution programme.  As the article above states, farmers are probably the most important people alive and yet governments, especially in Africa, seem to treat them as third class citizens.