The Future of Water

The mechanization of sugar cane harvesting, originally aimed at curbing the pollution caused by the burning of cane fields, has resulted in an added bonus: it has helped to improve soil quality, according to growers and technical experts in the southern state of São Paulo, where most of Brazil’s sugar and ethanol is produced. 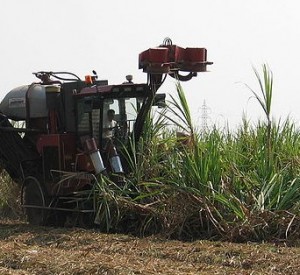 Traditionally, sugar cane fields were set on fire before harvesting to burn off the dried leaves from the plants, making it quicker and easier for cane cutters to manually harvest the crop. Now that leafy “trash” stays in the soil, fertilizing it, trapping moisture, and preventing erosion.

This leaf residue supplies every hectare of land with around 45 kilograms of potassium, agronomist Gustavo Nogueira, the technical director of the Sugar Cane Growers Association of Western São Paulo State (Canaoeste), told Tierramérica.

While around 70 percent of sugar cane harvesting in São Paulo is now mechanised, that figure will grow to 100 percent in the coming years. Sugar cane growers have been ordered to end the practice of burning cane fields in flat areas by 2014. In hilly areas with a slope of more than 12 degrees, where current harvesters cannot operate, they have been given until 2017.

In places where mechanised harvesting was adopted early on, there are sugar cane fields that are productive for seven or eight years, compared to the usual five years, said Manoel Ortolan, the president of Canaoeste. Although the organisation was founded by growers in western São Paulo, its headquarters and most of its current members are based in the northeastern part of the state.

“The leaf litter restores the soil’s microflora and can raise the longevity of the sugar cane to 12 or 15 years, making it almost a perennial plant, a fantastic result,” Ortolan told Tierramérica in his office in Sertãozinho, a city where sugar cane growers take up over three blocks with company offices, cooperative headquarters, supermarkets and a service station. 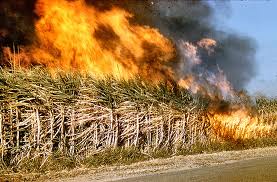 In addition, many growers are taking advantage of the annual “renovation” of their plantations, during which roughly one fifth of their fields are usually left fallow, to plant peanuts or soybeans after removing the old sugar cane and before planting new cane.

These legume crops help fertilise the soil by fixing nitrogen from the atmosphere. As a result of this growing practice, northeastern São Paulo now accounts for 80 percent of Brazil’s total peanut production, said Nogueira.

Meanwhile, the development of sugar cane ethanol production in Brazil “killed two birds with one stone,” according to Cícero Junqueira Franco, a veteran sugar cane producer. The country’s ethanol production has grown seven-fold since 1975, when the government decided to promote the use of this alternative fuel for economic reasons – to cut down on costly oil imports – although its greatest effect has been environmental, said Franco.

Mixing ethanol with gasoline made it possible to eliminate lead additives, which has improved air quality in big cities. “Without ethanol, São Paulo would be drowning in pollution,” Franco stressed.

But Manoel Tavares, president of the Pau Brazil Cultural and Ecological Association, views the spread of monoculture sugar cane plantations in the Ribeirão Preto region – which encompasses 85 municipalities, three million inhabitants and 50 sugar mills and ethanol distilleries in northeastern São Paulo – as an environmental disaster.

Before the adoption of the National Ethanol Programme in 1975, forests covered 25 percent of the region. Now forest cover has been reduced to a mere four percent, which has resulted in an alteration of rainfall patterns, decreased moisture and higher temperatures, he stressed.

As well as an environmental activist, Tavares is also an agronomist and a producer of honey, which he exports primarily to Asia. He is now forced to look for honey in other states, since the sugar cane invasion and subsequent loss of forests has driven the bees away, decimating local honey production. “There were 2,500 beehives in Ribeirão Preto 30 years ago,” he said.

The region was once a major producer of a variety of foodstuffs, but now imports food staples like rice, beans, milk, coffee and garden vegetables, Tavares told Tierramérica.

Moreover, he noted, the sugar cane industry has brought about “agrarian reform in reverse,” with a “troubling” concentration of land ownership in a small number of hands and the squeezing out of small farmers.

What’s more, he added, the regional water table and the Guaraní Aquifer, which supplies water to many cities in the state of São Paulo, are threatened with pollution from the leaching of toxic agrochemicals used on sugar cane plantations and vinasse, the dark liquid residue left over from ethanol distillation.

The environmental authorities have found evidence of water pollution, but these infractions have gone unpunished because of “collusion” between the industry and government agencies, he charged. In addition, the burning of cane fields continues, and the resulting soot poses a risk to public health.

With the growth in ethanol production, vinasse killed off the fish in many rivers in São Paulo and other sugar cane producing areas. For every one litre of ethanol, 10 litres of this liquid waste are produced, and spills in local waterways were once a frequent occurrence.

However, these environmental impacts were curbed when growers started to use vinasse, which is rich in potassium and other nutrients, to fertilise the sugar cane fields themselves.

Vinasse is now a valuable by-product of sugar production with a number of potential uses. It can be used to feed the growth of algae that can in turn be used to produce biodiesel, or as the basic ingredient of fertiliser after partial dehydration or the extraction of its potassium content, explained Octavio Valsechi, director of the Department of Agro-Industrial Technology at the Federal University of São Carlos.

“There are fish in the local rivers again, there hasn’t been vinasse discharged into them for a long time,” and the Guaraní Aquifer – shared with Argentina, Paraguay and Uruguay – continues supplying water to many cities with no problems, maintained João Borges, a doctor who treats employees at the Santo Antonio sugar mill in Sertãozinho, 20 kilometres from the city of Ribeirão Preto.

Borges, the recipient of awards for his achievements in drastically reducing child mortality in Barrinha, the poorest city in the region, and rehabilitating workers disabled by accidents or occupational diseases in the sugar industry, also believes that the soot produced by the burning of cane fields does not pose a serious health risk.

The soot is composed of large particles that “don’t reach the lungs” and disperses in a very short time, he said.

For his part, Tadeu Adrade, the director of the Centre for Sugar Technology, created by a cooperative of ethanol plants, pointed out that sugar cane is genetically resistant to diseases and requires fewer pesticides than other crops such as cotton and soybeans. In addition, research and development have yielded even more resistant varieties and biological pest control methods that use insects.

Sugar cane “refertilises” the soil, which requires fewer chemical additives to sustain production indefinitely, as is being seen in older sugar cane growing areas in Brazil that are experiencing a new increase in yields, he said.

The environmental potential of sugar cane is fully exploited at the São Francisco and Santo Antonio sugar mills in Sertãozinho, which produce Native brand sugar and other organic food products.

The company cultivates two green fertilisers, crotalaria and velvet beans (Mucuna pruriens) to nourish the soil, and reforests as much land as possible.

The owners are members of the Balbo family, which has been growing sugar cane in the region for over a hundred years, and are recognised for their social and environmental sensitivity both by environmentalists like Tavares and by trade union leaders.

Not being a very environmentally friendly crop in the first place, sugar cane monoculture can certainly benefit from any improvements in this department.  Sugar cane production in South Africa’s Lowveld have suffered due to decades of soil impoverishment to the extent where chemical fertilizers are becoming less effective.  Organic matter in the soil needs to be replaced, therefore returning the ‘trash’ or sugar cane leaves to the soil is a step in the right direction.  Better soil moisture retention means less water required for irrigation- an increasingly important issue as water scarcity becomes a reality.  Fire hazard from burning sugar cane fields is also a concern to neighbouring properties as well as obvious air pollution.