The Water in Our Food 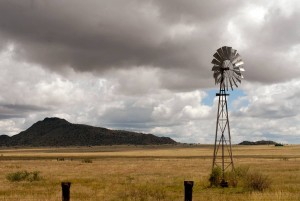 The Cabinet also appointed a task team to investigate the implications of hydraulic fracturing, or fracking. The team would be led by the DMR and also include inputs from the departments of Trade and Industry and Science and Technology.

“Cabinet has made it very clear that clean environment together with all the ecological aspects will not be compromised,” said Manyi.

The moratorium was issued after pleadings from the Treasure the Karoo Action Group (TKAG), an organisation established to promote the environmentally sustainable development of the Karoo, submitted a written objection to energy giant Shell’s application to use fracking in its search for shale gas in South Africa.

The group urged government not only to put an “immediate end” to Shell’s application, but also to decline any future fracking exploration in the Karoo.

Fracking involves the injection of a liquid chemical mixture in vast quantities of water into deep boreholes to create pressure to cause fracturing of rocks, which will determine the potential of the shale gas reserves.

TKAG spokesperson Jonathan Deal welcomed Cabinet’s decision to declare a moratorium and said that the group was confident from the start that government would make the right decision.

“From our side, we will now make sure we cooperate with and give all the assistance we can to government as they make sure that every aspect of the environmental-impact assessment is taken care of. We still say that fracking should not happen anywhere in South Africa,” he added.

Shell communications manager Elton Fortuin said the company had noted the Cabinet’s endorsement of the moratorium and would seek clarity from the DMR on the full implications of its decision.

He added that Shell would support the government task team in its research into fracking, to provide further clarity and an improved understanding of the technology.

TKAG previously stated that its main concern with Shell’s environmental management plan was the fact that it contained insufficient information and was vague around issues such as the source of the water that would be required for fracking in the water-stressed region.

It also warned that such exploration could result in damages to people and ecosystems, owing to possible contamination of surface water and groundwater, given the use of toxic and hazardous chemicals and the fundamental dependence on water for livelihoods.

This is a positive development; not only should a moratorium be placed on fracking on the Karoo or anywhere in South Africa, it should be stopped all over the world.  Fracking for shale gas destroys local ecosystems, contaminates water and negatively affects the long-term livelihoods of local communities (the jobs and spin-offs of shale gas extraction are short term).  Fracking will also affect the health of animals and humans in the area; read Fracking: Drink the Water at Your Own Risk.