Radioactive traces from the crippled Japanese nuclear plant in Fukushima have been found in water in the Canadian city of Vancouver. 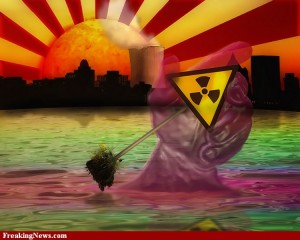 But the levels were extremely low, according to the Canadian Health Ministry and well-known experts in the Pacific province of British Colombia.

“Levels of radioactive Iodine-131 rose seven days after the reactor accident in Fukushima, but have dropped considerably since then,” Kris Starosta, a nuclear researcher at the Simon Fraser University in Vancouver, told the German Press Agency dpa.

Following the highest level of 12 bequerel per litre (bq/1) recorded on March 20, the latest analysis taken on March 29 showed a level of 3.4 bq/1.

“That is well below the Canadian norm of 10 bq/1,” said Starosta.

Starosta’s findings were confirmed by Professor Jens Dilling, a German nuclear physicist at Canada’s National Laboratory for Particle and Nuclear Physics in Vancouver.

“Radioactivity from Japan has at no time presented a danger to health,” Dilling said. “A visit to the dentist where a couple of X- rays are taken means a greater exposure to radiation.”

There are many who downplay the seriousness of radiation but do these people really understand what the ‘minimum’ ‘acceptable’ levels of radiation really are?  How will these radiation levels affect the marine life, now and in the future?  Read A guide to terminology about radiation exposure for more information on radiation and how it affects us.