How to Purify Water 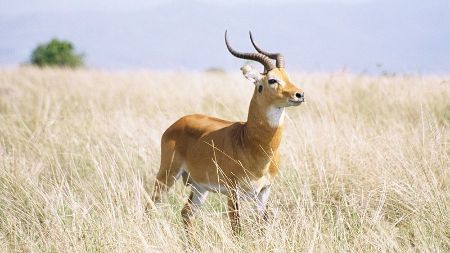 As it forms its own country, south Sudan is looking to build a wildlife habitat to attract tourists.

JUBA, Sudan – South Sudan appealed for investors to plough $140 million into its war-hit wildlife parks, seeking to kick-start a tourism industry and wean itself off oil months ahead of its expected independence.

The south has the world’s second largest migration of mammals, untamed wildernesses and vast herds of gazelles and antelopes, rivaling anything seen in Kenya, Uganda and other African holiday hotspots, say experts.

But populations of elephants, hippos and other fleshier animals have plummeted after hungry militia fighters hunted them for their meat and forced them to take shelter in dense forests.
The region has next to no tourists, largely thanks to the long war, poor security and almost total lack of infrastructure — there are only 60km (40 miles) of paved roads in a territory around the size of France.
“We feel that as we are coming out of unity with Khartoum we want to create another source of income other than oil,” Daniel Wani, undersecretary for wildlife at the south’s Ministry of Wildlife, Conservation and Tourism, told Reuters.
“The potential of tourism can encourage people to come.”
South Sudan, with 98 percent of its budget coming from oil revenues, is expected to split away from the north in July after early results showed an overwhelming vote for separation in an independence referendum, held last week.
The vote was promised in a 2005 peace deal that ended decades of civil war with the north.
Wani estimated south Sudan would need $140 million to revamp parks over the next five years, by building guard posts, roads, airstrips, hotels and a new communications network.
“We are starting off with a very minimal amount of investment and so the priority is to encourage the private sector to come in. If we invest as the government, it will be very heavy for us,” he said.
Experts say the potential is huge.
“The fact they still have important populations of wildlife and vast intact habitats after 22 years of war means they have got the resources to work with,” said Paul Elkan, south Sudan director for the Wildlife Conservation Society (WCS).
“They could over the next coming years really consolidate that into the next Serengeti attraction,” he said referring to the wildlife-rich region stretching across Tanzania and Kenya.
Kenya projected tourism earnings of a record 100 billion shillings ($1.24 billion) for 2010.
Populations of elephants had fallen to between 5,000 to 15,000, down from around 130,000 in the 1960s and 1970s in south Sudan, according to WCS data.
Wani said the government had already recruited 16,000 former southern soldiers as wildlife guards, hoping to ward off poachers and secure parks.
“It’s very ambitious because it takes a country a long time to build a reputation,” said Philip Winter from the Rift Valley Institute research group.
“They need to start small and build up gradually. You start with a tented camp in Badingilo, bird watching on a boat on the Nile and hill walking in Imatong,” he added, referring to places within reach of the southern capital Juba.
“I don’t see mass tourism there as it’s too underdeveloped and it’s going to be high cost … South Sudan has to be a small but high quality product.”
Source: Mother Nature Network