Does peak oil even matter?

Will climate change change us?

Searching for a Green Job? 5 Tips for Finding Eco-Friendly Employment 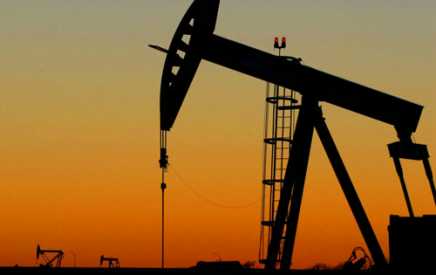 It is easy to become befuddled by the current discourse on peak oil. Peak oil is defined generally as the point at which the flow rate of oil to society has reached a maximum. But this simple definition has issues too, such as what should be considered “oil.” Take, for example, the following sentences from the executive summary of the International Energy Agency’s recent publication of the World Energy Outlook (WEO) 2010:

…[In 2035] Global oil production reaches 96 mb/d, the balance of 3 mb/d coming from processing gains. Crude oil output reaches an undulating plateau of around 68-69 mb/d by 2020, but never regains its all-time peak of 70 mb/d reached in 2006, while production of natural gas liquids (NGLs) and unconventional oil grows strongly.

According to this data, a peak in the production of conventional crude oil occurred in 2006, but a peak in total “oil” production (including unconventional resources such as tar sands, natural gas liquids, etc.) may not occur for some time. So, should we consider this a confirmation of peak oil or not?

Radetzki, the author of a recent paper condemning the prophets of peak oil as “chimeras without substance,” would argue no. He asked in his paper: “…but are there any technical or economic reasons to distinguish between conventional and non-conventional resources in an analysis of what is ultimately recoverable?” Radetzki notes in his article that the production of conventional crude may begin to decline soon but total oil production could increase (given proper economic investments, etc.) as unconventional resources are brought on-line, and the WEO seems to confirm this.

Radetzki’s argument is based on the conventional economic idea of resource depletion, put forth by numerous authors but maybe most famously by Barnett and Morse in 1963. They wrote: “as resources become scarce and relative costs change, substitutions will occur to ameliorate effects of diminishing returns.” With respect to oil, this statement is understood to mean that technology will offset depletion by either helping to discover new resources, by bringing other known resources into production that were previously too expensive, or by developing a suitable substitute.

And indeed the evolution of oil production seems to verify these sentiments, as technology now exists to exploit oil from tar sand resources or to convert coal and gas to various oil derivatives. Considering that all of these resources can produce oil, and that there are decades (according to the WEO) of these resources remaining, does peak conventional oil even matter?

The economists’ argument—that resource constraints will be abated by technology and substitution—confuses substitution for increasing supply. The usual way that substitution occurs in a market is that the substitute has some sort of competitive advantage (i.e. better product, cheaper, etc.) compared to the item that it is replacing; think supplanting human labor with robots in the construction of cars, or replacing vacuum tubes with integrated circuits. It is difficult to think if there are any advantages in producing oil from oil sands in northern Alberta when compared to production of oil from either East Texas or Ghawar. For example, the cost of production in Saudi Arabia is roughly $20 per barrel while it is over $80 per barrel in the tar sands (Figure 1). But prices are set at the margin for oil (at least in theory), so that if demand for oil increases enough, the price may increase to a point at which unconventional oil production becomes profitable. If this occurs, then oil will be produced from unconventional resources because they are profitable too, not because they are a “substitute,” in the economic sense, for conventional oil.

Arguing that unconventional oil will be a good substitute for the depletion of conventional crude is like saying that human labor will serve as a good substitute for robotics, or that a depletion of MacBooks will be offset by an increase in UNIVAC production.” Though these are both technically feasible, they do not provide any competitive advantage, ceteris paribus. The point is that oil production from the tar sands and other unconventional resources occurred in response to increasing demand which in turn elevated prices, not because they offer some competitive advantage when compared to conventional crude oil.

As alternative oil resources are tapped into, the cost of energy will inevitably rise.  In South Africa, our electricity provider Eskom, has already drastically increased electricity tariffs and has plans for more increases in the next 3 years.  Eskom’s dirty coal-fired power stations are polluting our air, not to mention the environmental damage that coal mining causes. It is time to switch to renewable energy sources such as solar energy- not only will this save money but it will ensure that you have control of your electricity supply and the environment will benefit too.