South Africa’s draft national Climate Change Policy, known as the green paper, has been approved by Cabinet, and would be gazetted imminently, opening up the public comment process. 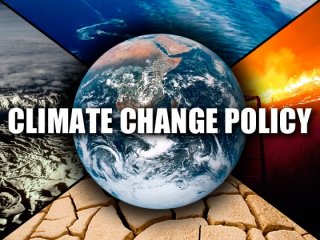 Newly appointed Water and Environmental Affairs Minister Edna Molewa said that following the comment phase, a white paper would be compiled, and the final policy was expected by mid-2011.

The climate change green paper was long awaited, and was initially tipped for publication in September 2009, then delayed till after the global climate change negotiations in Copenhagen.

“Climate change is considered one of the most serious threats to sustainable development,” Molewa said, adding that its adverse impacts were particularly prevalent in Africa.

She added that the green paper shows that the department has begun acting on climate change, and that it was not merely adopting a wait-and-see approach.

Molewa also stated the department has been tasked to present proposed programmes for a green economy at the Cabinet Lekgotla in January 2011.

A green economy plan was initially expected from the department in July, following the first green economy summit, which was held in Johannesburg in May. It was understood that it was delayed owing to calls for greater consultation with stakeholders.

Addressing stakeholders gathered at the launch of the South African Carbon Disclosure Project on Thursday, Molewa said that it had reached a point where it would be difficult to identify a sector of the economy that would not be affected by climate change.

She commended companies that were voluntarily disclosing their carbon footprints and working on strategies to lower emissions, stating that business should lead in this regard.

She added that once the climate change policy was finalised, greenhouse gas monitoring would be mandatory and noncompliance would face penalties.

Thus, those companies which were voluntarily reporting on such issues would likely benefit and avoid penalties.

“Tackling climate change requires actions on many fronts”, Molewa reiterated, adding that South Africa, as Africa’s highest emitter, and the twelfth-largest greenhouse gas emitter in the world, had a responsibility to demonstrate leadership in this regard.

It is encouraging to know that the South African government is being pro-active about climate change; let’s hope that action follows the talk.  It may come as a surprise that South Africa is the 12th largest greenhouse gas emitter.  We are lagging behind many European countries with regards to taking action but as individuals we can make a difference by changing over to clean, renewable energy such as solar energy and by conserving water as much as possible.