Solar Can Be A Marketable Home Improvement 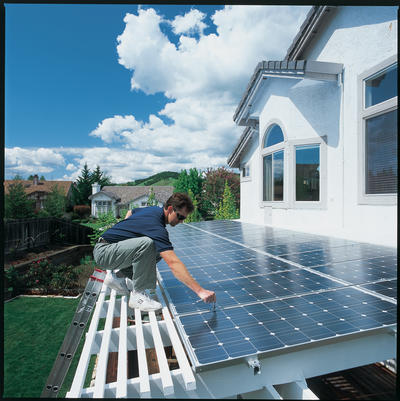 As the U.S. housing market continues to stall, homeowners looking to sell their homes need to identify the best steps they can take to make their property stand out.  The right home improvement projects can increase property value and help homes sell faster, but the impact of home improvements on property value varies widely. This is no time to throw away money on something that won’t help close the deal.

For example, while kitchen remodeling usually delivers a good return on investment, the impact of adding a swimming pool can be hard to predict because of the additional expense pool maintenance adds to the existing cost of homeownership.  Several sustainability measures that developers and real-estate agents can recommend are energy-efficiency improvements, such as weatherizing homes, replacing outdated appliances with energy-efficient models, and installing renewable energy devices, such as solar panels, solar powered water heaters, or geothermal heat pumps.

Studies are starting to show that solar panels help homes sell.  According to the U.S. Department of Housing and Urban Development, energy-saving improvements “attract attention in a competitive market.”

In addition, the U.S. Department of Energy’s Office of Energy Efficiency & Renewable Energy states that a solar home will sell twice as quickly as a home without solar panels.

And this makes sense; a home with solar power lowers monthly electric bills because it requires less traditional electricity from the utility.  Homebuyers now realize that solar delivers monthly cost savings while helping the environment, so homes with this built-in cost-saving mechanism will stand out in a tough market.

Further, lower electric bills can positively impact property values.  A widely-referenced study by ICF Consulting concluded that reducing electric bills by $1 a year can add $20 to a home’s value.  This means that cutting yearly electric costs by $1,000, could increase home value by $20,000.

Savings should also increase over time if utilities continue to raise electricity rates.  Residential electricity rates in California increased about 6.7 percent on average per year from 1971 to 2001, according to the California Public Utilities Commission.  Electricity demand has been on the rise as well.  In its latest report card on U.S. infrastructure, the American Society of Civil Engineers (ASCE) found that national demand for electricity has grown 25 percent since 1990.  This increased demand led to system-wide failures, power outages and power quality disturbances, costing the national economy between $25 billion and $80 billion annually.  Adding solar panels to a home is a great way to mitigate the growing cost of and demand for residential power.

Traditionally, homeowners have shied away from solar because of high upfront costs that could reach $30,000 or more.  However, a new breed of residential solar power provider has developed a way to eliminate this cost barrier by offering a solar power service, similar to a lease, in which homeowners simply pay monthly for the power they use.  The provider owns the system and takes care of installation, maintenance and insurance, and the average homeowner saves 10 percent to 15 percent on total monthly power bills in addition to making a marketable home improvement in a tough market.  Home solar company SunRun is one example of a solar power service provider, and with our third-party ownership model, homeowners can transfer their cost-saving service to new homebuyers in the event of a move.

The proof is in the pudding: According to Shea Homes, a new homes builder, the home resale value of California homes with solar panels increased 55 percent, while that of homes without solar panels increased by only 45 percent.  The solar homes had been held an average 23 months before resale and the non-solar comparison homes had been held approximately 28 months before resale. Clarum Homes, another new homes builder, also witnessed the benefits of including photovoltaic systems on its houses.  According to the founder and president of Clarum Homes, John Suppes, all 257 solar homes in one Clarum Homes development sold within a year of being put on the market in August 2003. This was two years faster than planned. And while these homes had originally been priced at $379,000 to $499,000, they sold for as much as $600,000.

Research also shows that homebuyers support solar. A report released by the California Energy Commission shows that 81 percent of Californians surveyed understand that home solar systems allow homeowners to start saving on monthly living costs immediately.  If homebuyers want to save money in the long run, they’ll look for homes with the solar option. The same report also shows that 91 percent of Californians view energy efficiency as an important factor when considering the purchase of a new home and 70 percent cited the cost of the monthly electric bill as the driving factor.

In a tough real estate market, installing solar on a home is a high pay-back investment.  Owning and maintaining a home is expensive, and reducing the cost of ownership with lower bills and clean power can help a property stand out.

This also applies to the South African market.  Having spoken to a few estate agents in the White River / Nelspruit area (Mpumalanga Lowveld), they confirmed that a home with a solar water heating system and/or photovoltaic solar panel installation definitely increases the value and saleability of the house.  Solar power systems may seem expensive at first but when you take into account the reduction in electricity bills and increased value of your home, then it balances out.  In South Africa, a solar water geyser typically amortizes the initial cost within 36 months and up to 50% reduction in home electricity bills will be experienced.  With Eskom’s renewable energy solar geyser rebates in place, now is the time to invest in a solar water heating system! 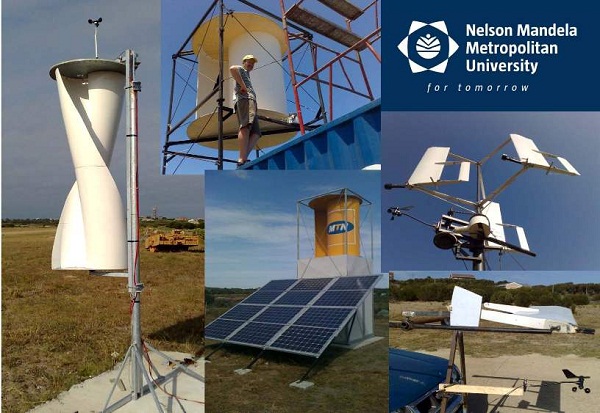