Residents in many rural areas lack basic infrastructure and water services, often relying on municipal water tankers that deliver water intermittently.  A better solution would be for the government to subsidise water tanks for rainwater harvesting to make these communities less dependent on unreliable municipal water supplies and improve their lives. 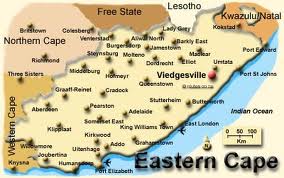 “They just don’t care… no one cares about us”. These were the frustrated words of Viedgesville village store owner Laurell Snyman on Tuesday as she spoke of the construction along 20km of the N2 road just minutes outside Mthatha that goes past the village of Qunu, which Nelson Mandela calls home.

Viedgesville, unlike Qunu, has lagged far behind in terms of service delivery, Snyman explained – and the only explanation that made sense to her was that there was no one with political clout associated with the village.

The intervention was intended to tackle its infrastructure backlogs and service delivery problems, as well as to revitalise the airport, roads and water.

Qunu is 30km away from Mthatha, but 20km of the road leading to the village is pockmarked with potholes, uneven patches to cover older construction work, a stop-and-go where village women have taken to selling fruit and sweets to motorists during their 10-minute wait, and road humps at least every 200m.

In contrast to Viedgesville, Qunu has running taps for the community to share, as well as outside toilets and electricity.

“I suppose it’s a good thing that they are expanding the road, but it would be better to have running water,” Snyman said.

“I’ve been here for 16 years and there has never been any running water. We depend on the rain for water and use tanks to store it,” she added.

Snyman said that on Monday night, a few matric pupils were walking around the village looking for water to wash with.

“Not everyone here can afford water tanks… people are battling here. The dust makes people cough and ill; some of my employees also miss days of work because of the dust.

“I was shocked when I saw the development and I ask myself, ‘Who are they really doing it for? Who will gain from this?’”

But other villagers have chosen to see the positive side to the road construction. “Many of our people were given piece jobs when they started work on the road. I see it as a good thing,” Bulelwa Hiki said.

In terms of flights coming into Mthatha, SA Airlink became the first airline to land at Mthatha Airport’s new runway last month, but construction at the airport is still far from complete.

When The Star visited the airport on Tuesday, a group of more than 15 construction workers wearing orange overalls were standing near the entrance of the airport.

The project has been allocated R465 million by the national Department of Transport, and the airport will be positioned to be a passenger and freight hub that links road, rail and air transportation, and serves as a gateway to the east of the province.

Large areas of the airport, such as the new terminal building, are still under heavy construction, and the airport operates in a small building next to the old terminal.

According to a source who preferred to remain anonymous, the airport had limited lights during the evening, and those who had rented or parked cars in the parking lot had to use their cellphones to see where their cars were.