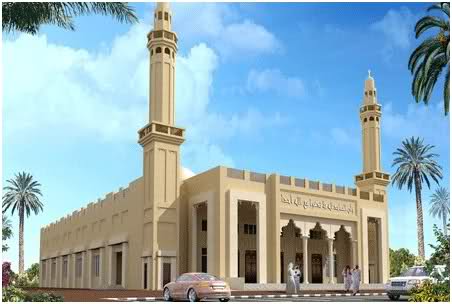 United Arab Emirates, Sharjah: Mosques are leading the way in conserving water and electricity in Sharjah.

Sharjah Islamic Affairs and Sharjah Electricity and Water Authority (Sewa), have launched a joint initiative to educate people and organisations in the emirate to conserve water and electricity and follow green standards by using mosques as model buildings.

Ebrahim Rashid Al Demas, Director General of Sewa, said that the conservation programmes conducted by Sewa in mosques will save between 30-40 per cent of water and electricity consumption.

Ahmad Ali Al Ali, Director of Corporate Communications at the Sharjah Department of Islamic Affairs said that the initiative was launched at the department’s headquarters. Alongside the initiative, an exhibition displayed posters and models on how to conserve water and electricity.

“Also there will be educational classes about conserving available after daily regular prayers,” he said.

He explained that various measures have already been implemented in some mosques to conserve water and electricity.

Adapters to control water consumption have been fitted in almost 90 per cent of Sharjah’s mosques, he explained.

Sharjah has total of 640 mosques, of those, 175 have been fitted with water saving water pumps, which, Al Ali said, saves up to 50 per cent of water consumption.

Al Ali said Sharjah’s department of Islamic Affairs will be fitting the mosques with timers that control outdoor lighting. He said this will be fitted in all new mosques that are built and gradually added to older mosques.

He added that indoor lighting and air conditioning in 10 mosques are being controlled by computers, also to conserve consumption.

The use of solar energy, Al Ali said, is being considered by the department. He said the department is looking into the best international practices in the field, as to have it used in mosques.

This is a really good way to educate and bring awareness to the general population.  Places of worship and religion are highly respected by many people and leading by example, the message of water and energy conservation will have a big impact.  Water also has a special significance and role in most religions. Water conservation is especially important in desert countries such as the UAE but it must be embraced worldwide if a global water crisis is to be averted.

South Africa is classified as a water scarce nation with rainfall well below the global average and every citizen should conserve water where possible.  Rainwater harvesting is a relatively easy way for households and businesses to obtain free water and save on water bills too.  Click on the links below to see the various rainwater tanks, water tanks, tank stands and other products made by JoJo Tanks in South Africa.