Hydraulic fracturing contaminating the drinking water across Texas is a concern to the Lubbock community. 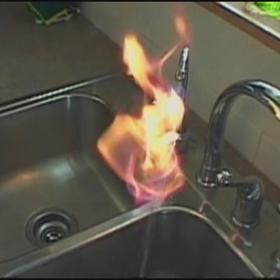 The city of Lubbock held its monthly Board of Health meeting Friday afternoon at the Civic Center to discuss the updates on hydraulic fracturing.

Board member and activist LeAnn Lamb-Vines said studies have shown that methane has been found in drinking water in different areas of Texas.

“After we were reviewing these studies, we did find what I consider sufficient, scientific grounds for serious concerns,” Lamb-Vines said. “There has been some strong, scientific evidence for groundwater contamination coming from these studies.”

The natural gas shale and oil shale are usually more than 1,000 feet below the groundwater sources. Hearing something like this would usually be reassuring to most people since the distance between the shale and groundwater seem far enough to avoid contamination. Unfortunately, after new data was released, it has been proven that even 1,000 feet below groundwater doesn’t mean drinking water is safe, she said.

Last year board member Ted Reid shared the activists’ concerns, citing a 2011 National Academy of Sciences study of water sources near northeastern Pennsylvania hydraulic fracturing wells. Those studies showed an increase in methane levels were detected in underground water sources closer to the fracturing locations and contamination from fracturing wells into nearby water sources.

“New data shows that methane from shale that comes 1,000 feet below drinking water was found to be contaminating drinking water,” Lamb-Vines said. “This doesn’t establish that it will happen in Lubbock, but it does pass down on what we thought was a very reassuring distance between the shale and groundwater.”

Hydraulic fracturing is a process used in nine out of 10 natural gas wells in the United States, where millions of gallons of water, sand and chemicals are pumped underground to break apart the rock and release the gas.

Executive Director of Barnett Shale Energy Education Council Ed Ireland came from Fort Worth to explain to the board members that this technology has the potential to reduce our reliance on foreign fuel imports. He also explained how it could reduce  national carbon dioxide emissions and accelerate transition to a carbon-light environment.

“Conventional oil uses eight to twenty gallons per MMBTU with nuclear close at eight to fourteen gallons,” said Ireland. “Coal transported by slurry uses 12 to 32 gallons while coal with no slurry uses two to eight gallons. Natural gas is the most efficient option, using only one to three gallons of water per MMBTU. This includes all forms of natural gas production from conventional onshore wells, offshore wells and natural gas from shales, including the Barnett Shale.”

Jeff Bertl, regional director of Lubbock’s Texas Commission on Environmental Quality, says they have not had any previous reports from the city of Lubbock on methane contamination in the past.

“Methane isn’t a common contaminant we search for in the drinking water,” said Bertl. “It’s not standard and we only check if it has been requested.”

Unfortunately, in South Africa’s Karoo region, we are heading for the same environmental destruction, contamination of groundwater and excessive use of scarce water.  Shell has been granted permission by the South African government to go ahead with fracking in the Karoo.

VIDEO: How a biosand water filter works
Britain to search for water on the moon