Cape Town – An environmental report has found that the use of water in electricity production is having a negative impact on the water resources for the country and may have long-term detrimental effects. 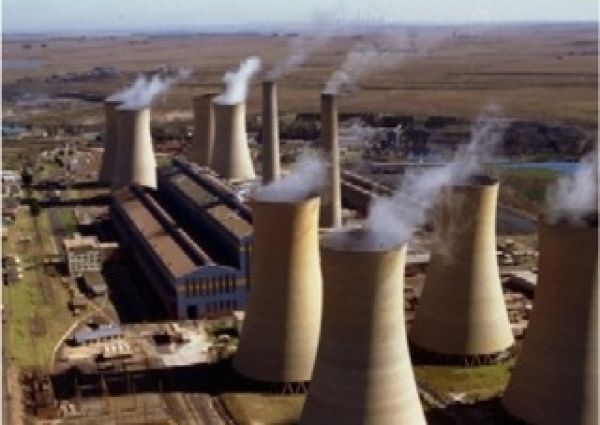 “Ironically, burning coal to produce electricity is an incredibly water intensive process, with a number of serious implications for both water quantity and quality,” Greenpeace said.

In Eskom’s latest system status bulletin, the utility says that peak demand on Monday was 31 366MW which it met through running at near capacity of 34 250MW.

The utility has been under strain this year as it has been forced to conduct maintenance while avoiding the rolling blackouts that crippled the country in 2008.

“The demand is increasing and we have not invested early enough,” Eskom CEO Brian Dames told News24. “Some of our power plants are 30 and 35 years old; they have to be maintained.”

New power plants Kusile and Medupi are scheduled to come online to take some pressure off the existing infrastructure. In particular, the Limpopo plants are expected to reduce the need to run the expensive open cycle gas turbines.

The Greenpeace report indicated the new power stations could have a serious negative impact on water availability.

The report said that coal mining was of particular risk to ground water resources.

“Coal mining has unavoidable impacts on local water resources, both in terms of water consumption and pollution. For both underground and surface mining, groundwater is pumped out to dry the area being mined,” it said.

Acid mine water represents a risk to the ground water in Gauteng and recently a Wits graduate discovered that the contamination may not be easily contained.

“That means that even if they build the treatment works further upstream which is what they’re planning on doing, it won’t matter because the contamination is coming in again,” Wits BSc graduate and honours student Kirsten Olsen told News24.

Greenpeace conceded that the new power plants will use the dry cooling technology to reduce water use during operations, but added that this process was more expensive that older generation technology.

“Ironically, dry cooling does reduce water use, but is a less energy-efficient solution, and is also more expensive. Four coal-fired power stations currently use dry-cooling technology in South Africa and both Medupi and Kusile will use this technology,” the report says.

“We realise that our water resources are under immense pressure from using water and from pollution impacts. We are taking various steps to improve that, even in our legislation where we make provision for the right of the natural water resource,” head of the Western Cape regional office in the department of water affairs resource protection section, Wilna Kloppers recently told News24.

Greenpeace, however, argued that there was a lack of accountability with regard to water use in SA.

“The report highlights issues around lack of accountability and transparency in the water and electricity sector as a result of Eskom’s coal addiction, and the country’s coal expansion. It is critical for the people of South Africa to know how scarce water supplies are being allocated, used and polluted.”

South Africa’s reliance on coal-fired power stations is unfortunate as the country is a water scarce nation.  In the short and medium term, Eskom must maximise water savings wherever possible.  In the longer term, alternative, non-fossil fuel sources of power generation will be essential if South Africa is to avoid a catastrophic water crisis.

South Africa: Councillor turns to tyres for housing project
How do we conserve energy? By conserving water!