ISLAMABAD: Locked in a decades-long battle over water flows, Pakistan and India continue to play cat and mouse over the construction of dams and barrages. 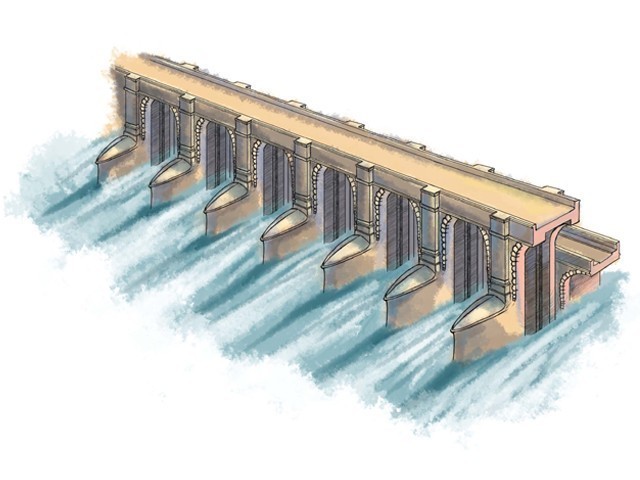 India is trying to navigate its way out of a debate with Pakistan over the construction of Wullar Barrage, also known as the Tulbul Project, while Pakistan wants to take the issue up when foreign ministers of both nations meet in Islamabad next month, sources said.

“India is trying to evade the topic of Wullar Barrage which would divert water from River Jhelum so that its construction can begin without intensive deliberations with Pakistan.” The official added Pakistani authorities decided in a recent meeting held at the Foreign Office to raise strong objections during the upcoming bilateral talks.

The two sides have already held secretary-level talks in Islamabad on May 12-13, 2011 with follow-up deliberations held in New Delhi on March 27-28 this year. The secretaries reiterated their commitment to increase cooperation, but no major breakthrough was made over the construction of the barrage.

When asked to comment on India’s resistance to engage in bilateral talks with Pakistan, an official from the Ministry of Water and Power said “Pakistan will also prefer to go to an international court of arbitration if the two sides fail to reach an amicable settlement and India tries to go ahead with the project.”

Pakistan maintains the barrage is in violation of the Indus Water Treaty (IWT). “India has the Wullar Lake and does not need additional water storage,” said an official.

Under the treaty, Pakistan is entitled to water from the three Western rivers Indus, Jhelum and Chenab. Pakistan maintains the construction of Wullar Barrage will convert the natural lake into a man-made storage with a capacity of 0.324 million acre feet (MAF) and adversely affect the flow of water into the country.

India, on the other hand, maintains certain amendments in the design and structure of the barrage can address Pakistan’s reservations. In the earlier rounds of talks, India has said it has the right to build the barrage under the IWT and that the navigation project will only be used to transport water and not as a storage facility.

Water wars (whether non-violent or violent) will become increasingly evident in the coming decades.  Water is a resource that nobody (and no country) can do without.  Water conservation habits and systems need to become a part of everyone’s lives as we head into a future of increasing water scarcity and conflict over this resource.