It is in the interests of big business to work with government to ensure the best use of water in the increasingly water-stressed country of South Africa. 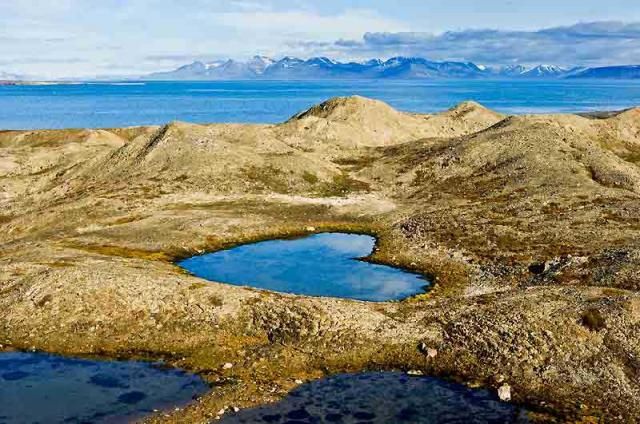 TEN years ago, South Africa was the focal point of the world media as the host country of the World Summit on Sustainable Development (WSSD). Held a decade after the iconic Rio Earth Summit, the WSSD produced a conceptual leap in understanding that sustainable development is about more than environmental activism and the balance of nature.

It is essential to integrate ecological considerations and economic realities with the poverty challenge as the basis for a global sustainability agenda. Sustainable development is as much about food, energy and water security as it is about climate change and the protection of biodiversity.

As decision makers and presidents from around the world convened for the latest United Nations (UN) Conference on Sustainable Development (Rio+20) last week, it was clear we were looking for a new breakthrough in thinking. The triple bottom line framework of sustainable development is now broadly accepted but the world is still trying to work out whether sustainable development is a continuing trade-off between economic, social and environmental considerations or whether it is possible to produce a virtuous cycle in which these elements reinforce each other.

The South African delegation had a strong mandate to push for a global “green economy”. This approach acknowledged that economic growth is essential to deal with the poverty and development agendas. But it needs to be based on social inclusion and the sustainable use of natural resources.

The Rio+20 green economy debates included a number of important themes such as renewable energy, food, health, infrastructure, water and biodiversity. But the issue of water scarcity is increasingly being recognised as the fulcrum of the world’s various sustainability challenges. Latin America is a striking demonstration that abundant water availability does not ensure ordinary citizens have clean drinking water.

The quality of fresh water and the management of sanitation and waste water affect the health and welfare of billions of people. Water also flows through the heart of local economies and ecosystems.

This insight was the motivation for the CEOs of nearly 100 major global companies, including SABMiller , Coca-Cola, De Beers and Nestlé, representing hundreds of billions of dollars in revenue, to write to UN secretary-general Ban Ki-moon during Rio+20 to stress the importance of global and local action on water security. The CEOs are clear that poor water management and governance constitute a substantial threat to their business operations and to the communities where they are located.

But the CEO Water Mandate also recognises the importance of corporate water stewardship. The business sector has a responsibility to demonstrate great care in how it manages water. Water leadership requires companies to be water-efficient in their own operations, understand water risks in their supply chains and local watersheds, collaborate with other companies and actors for common solutions, engage with public policy and local communities and, finally, to be transparent in how they report these water risks and actions to stakeholders. While companies are making progress, the two biggest challenges are how they can influence the water use in their supply chains and how to engage effectively with public institutions on water regulations.

As the birthplace of SABMiller, now the second-largest brewer in the world, South African Breweries (SAB) aims to live out the spirit of water stewardship in South Africa, a water-stressed country. In the context of the Rio+20 dialogue and the CEO Water Mandate commitments, how do we rate on the supply chain and public policy engagement challenges?

Being one of the world’s first companies to undertake a detailed water footprinting study, SAB soon realised that the bulk of water used across the value chain of a beer is based in the agricultural supply chain. SAB is working closely with barley farmers in the irrigation areas to reduce water use and optimise irrigation efficiency through the measurement of soil moisture and plant water stress control at critical growth stages.

Improved irrigation scheduling for barley enhances the sustainability of producers by cutting costs for unnecessary irrigation water and electricity. The sustainability of our barley industry depends on the availability of suitable water for irrigation. The work done on reducing the water footprint of barley, and ultimately the beer water footprint, is showing major promise against the current baseline. The ultimate aim is to optimise the irrigation of barley by reducing the water while complementing the quality and yield.

A further step towards water stewardship in the supply chain is identifying the possible risks facing the hops industry, which is concentrated in George. SAB brought together key stakeholders in the water-risk landscape within which its hops farms operate. Attention is paid to understanding the implications of the hydrology, climate change patterns, socioeconomic development and agronomic realities for the future of growing world-class hops at the southern tip of Africa.

On the issue of engaging public institutions, we are fortunate that there is a history of effective collaboration between the public and private sectors. A relevant initiative is the Strategic Water Partnership Network, launched by Water Affairs Minister Edna Molewa and a group of leading companies. The aim is to identify priority and joint actions to close the projected water volume gap of about 30% by 2030.

The network is co-chaired by SAB and the Department of Water Affairs, and early partners include Anglo American, Coca-Cola, the Development Bank of Southern Africa, Eskom, the National Planning Commission, Nestlé, Sasol and the Water Research Commission. The network is based on three water priorities facing SA: water-use efficiency and leakage reduction; supply chain and agriculture water savings; and the importance of effluent partnerships.

For SAB, this is about more than being a responsible corporate citizen. We are convinced that our success as a business depends largely on our ability to deliver superior value over the long term. We also know that achieving our sustainability objectives will be possible only by working more closely with our farmers, distributors, retailers and customers. We are deeply aware of the looming threats of food and water security, and we need to take proactive steps to secure the resources we require to brew top-quality beers over the coming decades. This strategic approach to water stewardship will make SAB more competitive and will reduce our costs and risks in the long run.

Compared with many countries at Rio+20, South Africa can demonstrate substantial progress towards acknowledging the reality of the future water situation and the importance of cross-sector co-operation to address water stress over the coming decades. But none of this should be taken to mean South Africa has taken the required steps to deal with the potential water crisis in a decisive way. It is worrying to note that the scale of the good deeds and relationships described above are not at the same level as the magnitude of the potential crisis.

It is time to step up our efforts in government and business and in collaboration between the sectors. A good place to start is mutual acknowledgment that we need to change the culture of water abundance among most private and corporate citizens in an increasingly water-stressed country.

Water conservation should include a conscious decision to use less water when possible and to invest in systems such as rainwater harvesting and greywater recycling systems.  The addition of relatively inexpensive plastic water tanks and simple rainwater harvesting hardware to a building can result in thousands of litres of free rainwater for garden or domestic use.  Rainwater tanks or rain barrels can be made from water tanks that vary in size and shape; if the rooftop area is large, such as a warehouse, a number of water tanks (e.g. 10000 litre tanks) can be installed and connected in series. Rain water harvesting not only saves money and water but it also helps the environment, especially in urban areas- collecting rainwater from rooftops lowers the amount of rainwater entering stormwater drains that usually end up in river systems (and pollute the water with all the contaminants picked up off streets and drains).