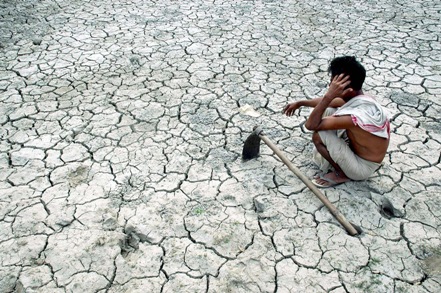 Washington — World water crisis: The United States is developing a response to the strain bearing down on worldwide water resources in the decades ahead.

A U.S. intelligence report made public in March outlined the potential for water-related issues to become national security problems in various places around the world.

At a Washington policy and research organization May 9, the U.S. State Department revealed a multipronged strategy to prepare for the emergence of water problems “that will risk instability and state failure [and] increase regional tensions,” as the intelligence assessment predicts.

The National Intelligence Council Water Research, prepared by the Office of the Director of National Intelligence, predicts that problems relating to water shortages, quality or flooding will develop in the next 10 years in “many countries important to the United States.” Without more effective water management measures, the lack of water availability will become a problem threatening national security in some places by 2040.

Secretary of State Hillary Rodham Clinton requested the report and she named Under Secretary of State for Democracy and Global Affairs Maria Otero to lead the U.S. response to the challenges outlined in the study.

The United States must also work to increase international awareness of the potential for future water crises by increasing and better coordinating diplomacy. The United States will help developing countries better prepare for the challenges they’ll face, Otero said, and help them “to prioritize so that water and sanitation are part of their national plans, part of their budgets and part of their overall thinking.”

Otero said finding solutions to secure adequate water supplies for growth and development will require enormous levels of funding that the United States must help mobilize. The application of science and technology to the problem is an important part of the strategy.

“We have enormous resources and capacity in this area,” Otero said, “and this is in line with what we are trying to do in other areas,” such as food security, improving public health and addressing climate change.

Building international partnerships to address these challenges is another objective in the strategy, one that Clinton put in motion on World Water Day March 24 when she announced a compact to create the U.S. Water Partnership. Otero said this partnership will make the best use of the greatest national asset: knowledge and expertise in this specialized area.

According to a March State Department fact sheet, the partnership “will serve as a central synthesizer and force multiplier — making information easily accessible, connecting people and resources, and leveraging the assets of partners to offer a range of integrative solutions.” The partnership will seek to build stronger collaborative relationships among business, government, academia and other entities in water resources.

The water partnership — in combination with the findings of the intelligence report — reinforces the Obama administration view, Otero said, “that water is not just a health issue, not just an economic development issue or an environmental issue, but also a security issue.” Otero said that water issues will “stay on top of our foreign policy and national security agenda as we move forward.”

The intelligence report foresees scenarios where water becomes more than the essential life element it is, but also is used as a tool or a weapon. Retired Major General Rich Engel explained the report and said the analysts could envision circumstances where regional water sources could become a source of conflict as an upstream state attempts to siphon off resources that have traditionally flowed to a downstream state.

Or, the analysis suggests, terrorists could target attacks on water supply, purification and sanitation facilities as a means to cause widespread disruption for a community, its people and its economy.

“In other cases it would be states that might actually use water against their own populations for population control,” said Engel, who led development of the report. The analysis found that multinational conflict over water supplies might be “plausible,” but probably not in the near future.

The intelligence report identifies improved use of water in agriculture as the most critical area for improved conservation technologies. Worldwide, agriculture consumes almost 70 percent of supplies, but the percentage varies widely between developed and developing countries. One factor in excessive levels of consumption is that farmers are given free or very-low-cost water supplies.

“If you continue with that mindset, you don’t develop any mindset to use [water] efficiently,” Engel said. More disciplined policies in pricing and allocation can address inefficient use, but these are “hugely difficult political decisions that have to be made locally.”

Poor water policy is likely to lead to depletion of groundwater supplies in some agricultural areas, the report finds, an outcome that could cause disruption in global food markets and other consequential social instability.

The coming global water crisis is starting to be taken seriously by governments around the world.  In South Africa, politicians are realising that municipal services, especially water supply, could be critical to their continued support or re-election.  Water provision is recognised as a basic human right in South Africa but people also need to be educated about conserving water and protecting water bodies from unnecessary pollution.