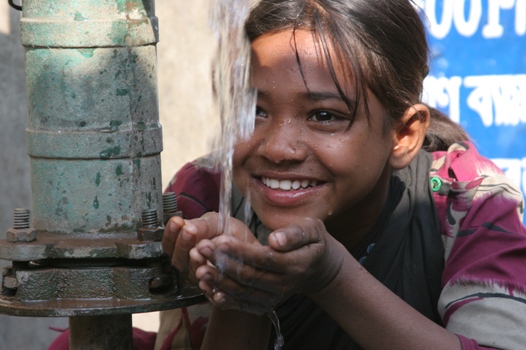 LONDON (Reuters) – More than 2 billion people have gained access to better drinking water sources, such as piped supplies and protected wells, between 1990 and 2010, U.N. officials said on Tuesday.

The figure means the world has met the internationally agreed Millennium Development Goal (MDG) to halve the proportion of people with no safe drinking water well ahead of a 2015 deadline, UNICEF and the World Health Organisation (WHO) said.

United Nations Secretary-General Ban Ki-moon said this was “a great achievement for the people of the world” and noted it was one of the first MDGs to be met.

The Millennium Development Goals are a group of targets set by the international community in 2000 to seek to improve health and reduce poverty among the world’s poorest people by 2015.

“The successful efforts to provide greater access to drinking water are a testament to all who see the MDGs not as a dream, but as a vital tool for improving the lives of millions,” Ban said in a statement.

A report by the U.N. children’s fund UNICEF and the WHO found that at the end of 2010, 89 percent of the world’s population, or 6.1 billion people, had access to improved drinking water – higher than the 88 percent MDG target.

The report estimates that by 2015, 92 percent of the global population will have access to improved drinking water.

“For children this is especially good news,” UNICEF’s Executive Director Anthony Lake said in a statement. “Every day more than 3,000 children die from diarrheal diseases. Achieving this goal will go a long way to saving children’s lives.”

Lake cautioned against declaring victory too early, as at least 11 percent of the world’s population – or 783 million people – still have no safe drinking water, and some 2.5 billion do not have improved sanitation facilities.

The report said the world is still far from meeting the MDG target for sanitation, and is unlikely to do so by 2015. Only 63 percent of the world now have improved sanitation access, a figure projected to increase to only 67 percent by 2015, well below the 75 percent internationally agreed aim.

The report said there were still huge challenges in certain parts of the world, particularly sub-Saharan Africa, where only 61 percent of people have access to improved water supplies compared with 90 percent or more in Latin America and the Caribbean, Northern Africa and large parts of Asia.

It also said some 1.1 billion people still defecate in the open because they have no toilets, and the vast majority of them live in rural areas.

Rural communities can benefit from water tank installations where water can be treated either while stored in the water tanks or purified via filtration when the water leaves the tank.  Water tanks allow a degree of control when it comes to water quality.