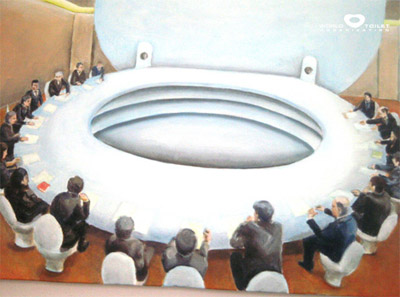 Friday 19 November is World Toilet Day and although the first flush toilet was invented over 400 years ago in 1596, almost 2,5 billion people – or 40% of the world’s population – still have no access to toilets and proper sanitation.

Lack of sanitation is the world’s biggest cause of infection and one of the problems that continues to keep many of South Africa’s children out of school.

While members of the public in 58 countries around the world take part in a project called The Big Squat, here in South Africa one of the country’s biggest manufacturers of consumer goods will also be renovating school toilets at a primary school in Soweto.

Unilever’s Domestos brand will visit Sapebuso Primary School in Soweto on Friday to present its 515 pupils with refurbished toilets.

Sue Stringer, Unilever marketing director, says “As an international leader in home hygiene, Domestos is continually committed to public awareness of good health practices and the refurbishment project in Soweto is just one way in which Domestos is making a difference.

“A massive 2,5 billion people worldwide have no proper sanitation and here in South Africa thousands of learners stay away from school because of sanitation problems. Our project in Soweto is just the start of a campaign to raise awareness about a problem that affects our children and stretches all around the globe.”

One of South Africa’s most outspoken “toilet activists” and a member of the World Toilet Organisation (WTO), Trevor Mulaudzi has partnered with Domestos for World Toilet Day. The WTO was launched in 2001 and now has 235 member organisations in 58 countries, all working towards eliminating the toilet taboo and delivering sustainable sanitation.

During the 90s Mulaudzi left a very comfortable career in geology to focus on the importance of clean and working toilets at South African schools, starting a company called The Clean Shop that has become synonymous with clean toilets in schools.

“Clean toilets is a major factor in keeping children in schools,” he says. “Lack of sanitation is the world’s biggest cause of infection: One gram of faeces can contain 10 million viruses, one million bacteria, 1 000 parasite cysts and 100 parasite eggs.”

Mulaudzi will be joining Domestos to talk toilets and sanitation to South Africans this month.

Toilets, like running water, are taken for granted for people who have never lived without either.  The WTO is to be commended for raising awareness; not only will poor communities lives be improved but proper controlled sanitation is also a big plus for the environment.  Everyone who has a toilet should be mindful that toilet flushing uses a large percentage of household water.  Install a toilet hippo in the cistern (even a brick will do) to reduce the volume of water flushed.  A better solution would be to install a water-saving toilet mechanism such as Water Rhapsody’s Multiflush (see product demo).  This system replaces your existing flushing mechanism so there’s no need to go out and buy expensive low-flow toilets.  Another advantage of the Multiflush is that there is full control of how much water is flushed- keep flushing until the pan is cleared and then let go the lever.  With low-flow toilets there are only two options- half flush or full flush and neither may be appropriate and water wastage can occur.