By admin on September 20, 2010 in climate change, global warming

Women tend to believe the scientific consensus on global warming more than men, according to a study by a Michigan State University researcher. 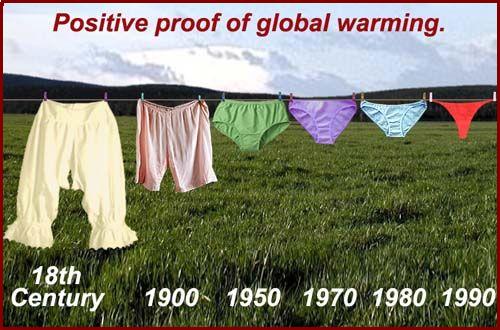 “Men still claim they have a better understanding of global warming than women, even though women’s beliefs align much more closely with the scientific consensus,” said McCright, an associate professor with appointments in MSU’s Department of Sociology, Lyman Briggs College and Environmental Science and Policy Program.

The study is one of the first to focus in-depth on how the genders think about climate change. The findings also reinforce past research that suggests women lack confidence in their science comprehension.

“Here is yet another study finding that women underestimate their scientific knowledge — a troubling pattern that inhibits many young women from pursuing scientific careers,” McCright said.

Understanding how the genders think about the environment is important on several fronts, said McCright, who calls climate change “the most expansive environmental problem facing humanity.”

“Does this mean women are more likely to buy energy-efficient appliances and hybrid vehicles than men?” he said. “Do they vote for different political candidates? Do they talk to their children differently about global warming?”

McCright analyzed eight years of data from Gallup’s annual environment poll that asked fairly basic questions about climate change knowledge and concern. He said the gender divide on concern about climate change was not explained by the roles that men and women perform such as whether they were homemakers, parents or employed full time.

Instead, he said the gender divide likely is explained by “gender socialization.” According to this theory, boys in the United States learn that masculinity emphasizes detachment, control and mastery. A feminine identity, on the other hand, stresses attachment, empathy and care — traits that may make it easier to feel concern about the potential dire consequences of global warming, McCright said.

Global warming and climate change have been controversial news topics over the past year.  The opinions, some based on fact, others on assumptions, are varied and contradictory.  It’s interesting that viewpoints on global warming are further split at the gender level!  Whatever the case, the reality is that the world is changing at a quicker pace than ever before (or at least in man’s history).  Whether these changes are natural, man-induced or a bit of both, the effects  of these changes on our lives and on our environment are undeniable.  In South Africa, “water scarcity”, “water crisis” and “energy crisis” are often heard on a daily basis.  Water Rhapsody, incorporating Yes Solar have combined to offer South Africans holistic solutions to sustainable living.  Our WWF Award-winning water conservation systems include rainwater harvesting, rainwater tanks, grey water systems (greywater for irrigation and greywater for toilet flushing), swimming pool backwash recycling systems and water-saving toilet flush mechanisms.  As water tanks are integral to many of our water systems, we are naturally water tank dealers and distributors (our water tank prices are highly competitive).  As authorised JoJo Tanks dealers, we supply and install the full range of JoJo water tanks and JoJo water tank stands.  We also supply water tanks and other products made by Atlas Plastics.  Domestic water storage is a must in these uncertain times, whether for storing rain water or for municipal/borehole water.  Recent water supply cuts in White River (Mpumalanga Lowveld) left many homeowners without water for days.  A water tank would have saved much discomfort!  Our solar energy products marketed by Yes Solar, are high quality Solsquare solar water heaters (made in Germany) that are installed by Eskom-approved solar installers.  Using renewable energy such as solar energy not only saves you money (solar geysers can save up to 50% of your electricity bills) but it is also the right thing to do as we move toward a green, sustainable future.

Contact us for a free quote on a solar geyser, water system or water tank.  All our products and services are guaranteed and we offer free advice for life.