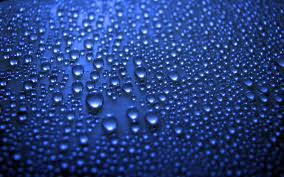 A defence contractor better known for building jet fighters and lethal missiles says it has found a way to slash the amount of energy needed to remove salt from seawater, potentially making it vastly cheaper to produce clean water at a time when water scarcity has become a global security issue.

The process, officials and engineers at Lockheed Martin Corp say, would enable filter manufacturers to produce thin carbon membranes with regular holes about a nanometer in size that are large enough to allow water to pass through but small enough to block the molecules of salt in seawater. A nanometer is a billionth of a meter.

Because the sheets of pure carbon known as graphene are so thin – just one atom in thickness – it takes much less energy to push the seawater through the filter with the force required to separate the salt from the water, they said.

The development could spare underdeveloped countries from having to build exotic, expensive pumping stations needed in plants that use a desalination process called reverse osmosis.

“It’s 500 times thinner than the best filter on the market today and a thousand times stronger,” said John Stetson, the engineer who has been working on the idea. “The energy that’s required and the pressure that’s required to filter salt is approximately 100 times less.”

Access to clean drinking water is increasingly seen as a major global security issue. Competition for water is likely to lead to instability and potential state failure in countries important to the United States, according to a U.S. intelligence community report last year.

“Between now and 2040, fresh water availability will not keep up with demand absent more effective management of water resources,” the report said. “Water problems will hinder the ability of key countries to produce food and generate electricity.”

About 780 million people around the world do not have access to clean drinking water, the United Nations reported last year.

“One of the areas that we’re very concerned about in terms of global security is the access to clean and affordable drinking water,” said Tom Notaro, Lockheed business manager for advanced materials. “As more and more countries become more developed … access to that water for their daily lives is becoming more and more critical.”

Lockheed still faces a number of challenges in moving to production of filters made of graphene, a substance similar to the lead in pencils. Working with the thin material without tearing it is difficult, as is ramping up production to the size and scale needed. Engineers are still refining the process for making the holes.

It is not known whether Lockheed faces commercial competition in this area. But it is not the only one working on the technology.

Jeffrey Grossman, an associate professor at the Massachusetts Institute of Technology who has done research on graphene membranes for filtration, said he was not familiar with details of Lockheed’s work. But he said finding a way to produce graphene sheets with nanometer-sized holes could produce a major advancement in desalination efficiency.

“If you can design a membrane that’s completely different than what we use today, then there’s a chance for more than two orders of magnitude (100 times) increase in the permeability of the membrane,” Grossman said.

Stetson, who began working on the issue in 2007, said if the new filter material, known as Perforene, was compared to the thickness of a piece of paper, the nearest comparable filter for extracting salt from seawater would be the thickness of three reams of paper – more than half a foot (15 cm) thick.

“It looks like chicken wire under a microscope, if you could get an electron microscope picture of it,” he said. “It’s all little carbon atoms tied together in a diaphanous, smooth film that’s beautiful and continuous. But it’s one atom thick and it’s a thousand time stronger than steel.”

Thickness is one of the main factors that determines how much energy has to be used to force saltwater through a filter in the reverse osmosis process used for desalination today.

“The amount of work it takes to squeeze that water through the torturous path of today’s best membranes is gone for Perforene,” Stetson said. “It just literally pops right through because the membrane is thinner than the atoms it’s filtering.”

Notaro said Lockheed expects to have a prototype by the end of the year for a filter that could be used as a drop-in replacement for filters now used in reverse osmosis plants.

The company is looking for partners in the filter manufacturing arena to help it commercialize Perforene as a filter in the 2014-2015 time frame, he said.

Lockheed officials see other applications for Perforene as well, from dialysis in healthcare to cleaning chemicals from the water used in hydraulic fracturing, or “fracking,” of oil and gas wells.

This is yet another example of how water and energy are linked and saving energy ultimately saves water and vice versa. Water security in many regions is also the cause of conflicts over this precious resource.  Countries in desert regions with very low rainfall and minimal ground water resources already use reverse osmosis to desalinate sea water.  If you live in an area where rain is more prevalent, then rainwater harvesting should be considered. Rainwater collected off rooftops can be used for most household and garden purposes but it should be appropriately filtered before drinking. Click on the links below to view the wide range of JoJo Tanks products, including jojo water tanks, jojo rainwater tanks, jojo tank stands and other high quality JoJo products, 100% made in South Africa.