The Real and Virtual Problems of Water Scarcity

Climate change is likely to remain the major factor behind water insecurity over the coming decades. 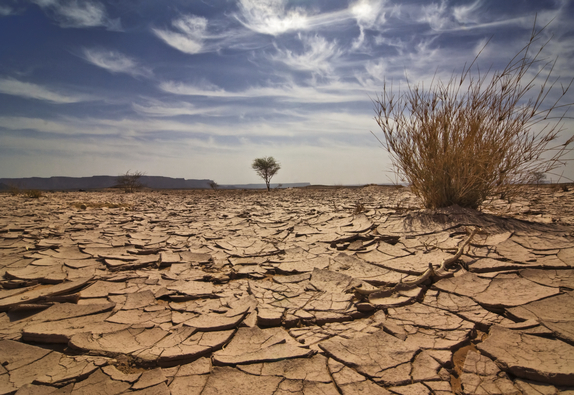 Yet, as Ben Zala reveals, a number of ‘virtual’ factors, ranging from industrial-scale production to perceptions of scarcity, may also contribute to water conflicts in the near to mid-term.

Water security – alongside ‘climate security’, ‘energy security’ and ‘food security’ – has become one of the buzzwords shaping global security discourse. It is anticipated that in the coming decades, the key drivers of water insecurity will include physical or ‘real’ demands on water as well as ‘virtual’ factors.

These demands may, in turn, lead to competition and even conflict over water resources and require new ways of thinking about security in order to meet the challenges of the twenty-first century.

No matter how one looks at it, there is no escaping the fact that the overall picture of the world’s supply of freshwater is one of growing scarcity. Global demand already outstrips a sustainable level of supply, and, if business continues as usual, this trend will only get worse.

Over the last fifty years, the extraction of groundwater has tripled worldwide, while supplies have remained relatively constant. A recent study published in Nature found that just under a quarter of the world’s population lives in areas where groundwater is being depleted faster than it can be replenished. While some areas are worse than others, many of the regions where demand for water is greater than the supply are major agricultural regions, including the Egypt’s Nile Delta, the Upper Ganges, and even California’s Central Valley. In the latter case, research by the University of Texas has identified groundwater depletion in this region as a serious threat to food security for the United States as a whole.

New forms of energy production are also increasing the pressure on global water supplies. For example, techniques used in accessing and producing unconventional fuels – such as tar sands and shale gas – are extremely water-intensive. Steam-assisted gravity drainage (to extract tar sands) and measures to heat and liquefy kerogen (to extract shale gas) have been identified as particularly problematic.

Two key trends are central to why policymakers and analysts alike are devoting so much attention to the issue of water security. One of these trends is related to supply, the other to demand. First, the projected impact of climate change in the coming decades is set to significantly affect global water supplies. Anticipated changes include variable patterns of precipitation, streamflow reduction in river basins and the melting of glaciers. Not only will a warmer global climate increase the volatility of water supplies, efforts to address this trend may also have serious implications for water use. Hydropower, biofuels and nuclear power are all important in this regard.

Second, the demand for water will increase as the global population undergoes its predicted rise to at least 9 billion by mid-century. This increase will have both direct and indirect consequences on the demand for water. For example, food production currently accounts for around 70% of all freshwater withdrawals worldwide (and is as much as 90% in some fast-growing economies). According to the United Nations’ World Water Assessment Programme, population growth combined with changing diets will result in a 70% increase in food demand by 2050.

The use of water in food production highlights the ‘invisible’ (and politically ‘silent’) character of what is termed ‘virtual water,’ which is water that goes into the production of commodities, goods and services. For example, the production of one kilogram of wheat requires around 1,000 litres of water (for most meats this figure increases significantly). Once water is conceptualized in these terms, issues surrounding its privatization and ownership become increasingly important and water (both ‘real’ and ‘virtual’) becomes increasingly contested.

In some industries, however, virtual water is becoming increasingly visible politically. The extractive industry in particular has come under criticism for its impact on freshwater supplies. In one case, that of the mining industry in Peru, industrial water use and pollution has been linked to civil unrest, riots and even insurgency.

Scarcity, Competition and the Potential for Conflict

The strategic value of finite resources has long been recognised by military planners and strategists. And given the central importance of water to human survival, it is not surprising that it has received a great deal of strategic attention. Indeed, military and intelligence agencies around the world are increasingly concerned about the prospects for conflict over water supplies as competition for scarce resources increases.

The history of water-related conflict includes inter-state tensions, communal rivalry and civil conflicts, insurgency, and, in more recent times, terrorism. Recent examples of the latter include the reported involvement of al Qaeda in tribal conflict in the Kurram region of Pakistan over water for irrigation, and Lashkar-e-Taiba’s repeated threats to sabotage Indian dams.

Of course, for all the evidence of past disputes over water, there is also a wealth of evidence attesting to cooperative arrangements that increase transparency, reduce transaction costs and increase trust between parties with shared water resources. In many ways, a conceptual divide has arisen between the scholarly community working in this area, which often focuses on refuting the deterministic ‘water wars’ thesis, and defense and security analysts who continue to warn of future insecurity and conflict.

One reason for the divergence between the academic literature and defense and intelligence analysis relates to changes in the character of modern warfare. The vast majority of the literature that accurately describes the flaws in the water wars thesis takes warfare to mean traditional inter-state war. Yet since the late-1990s, defense and security policymakers around the world have become much more attuned to the increasing importance of intra-state, asymmetric and non-conventional warfare.

Centrally important to this new understanding of global security are the threats posed by state failure. For example, the US National Intelligence Council released a report earlier this year on the risks to US national security posed by water insecurity, finding that:

“During the next 10 years, water problems will contribute to instability in states important to US national security interests. Water shortages, poor water quality, and floods by themselves are unlikely to result in state failure. However, water problems – when combined with poverty, social tensions, environmental degradation, ineffectual leadership, and weak political institutions – contribute to social disruptions that can result in state failure.”

Yet, from the perspective of those charged with assessing major global security trends in order to inform national defense policies, however, the links between water scarcity and conflict cannot simply be reduced to state fragility and intra-state conflict. While the US National Intelligence Council report found that inter-state war over water resources is unlikely (at least in the short-term), “as water shortages become more acute beyond the next 10 years, water in shared basins will increasingly be used as leverage; the use of water as a weapon or to further terrorist objectives also will become more likely beyond 10 years.”

Often overlooked in considering the security implications of water scarcity is that scarcity itself is not always necessary to spark conflict. Just as important is a perception of scarcity and of injustice relating to the distribution of and access to the resource. Issues of water supply and allocation continue to drive mistrust and feelings of resentment in the occupied Palestinian territories. The battle cry ‘jal, jungle, zameen’ (water, forest, land) has been used by Naxalite rebels in India – a movement described by Indian Prime Minister, Manmohan Singh as the country’s “biggest internal security threat” and by the United Kingdom’s Chief of the Defence Staff as a group motivated by a “sense of hopelessness and economic envy… that today can be inflamed and communicated to other similarly dispossessed groups across the world at the touch of a button.”

In terms of policy responses to water insecurity, it is vitally important that policymakers do not view water management and distribution in isolation from other key issues such as energy, food, health and development.

In particular, dealing with the links between water scarcity and unequal distribution (perceived or otherwise) and socio-economic or political marginalisation is central to addressing the role of water insecurity in paramilitary or insurgent activity. Similarly, efforts to shift the global economy onto a low-carbon trajectory in order to mitigate the worst effects of climate change must include sustainable water use (particularly in relation to energy production) as a key indicator of success.

The supply of freshwater presents a unique global problem in terms of planning and coordination. Dealing with uncertainty is the central challenge for policymakers. Such uncertainty is heightened by connections between trends in water security and those in other areas, not least climate change. Dealing with such complexity requires new frameworks for thinking about security that emphasize addressing underlying drivers of insecurity at their sources, rather than reacting to the symptoms of insecurity once they manifest themselves in the form of violence and conflict.

Water security is and will become a major issue that is sure to shape future governments and politics within.  The majority of poor communities, such as in South Africa, do not have access to safe, clean water and they will eventually attempt to remedy this by political and/or violent means.  While the world talks about global issues, the average poverty-stricken person is more concerned with day-to-day survival and water is one of the key elements for continued existence.  This is where local solutions should be sort, even if only interim solutions; households with rainwater tanks can attain relative water self-sufficiency, depending on roof surface are, water tank capacity and of course, local rainfall conditions.