THE DAYS of competing for water with animals in rivers and fountains will soon be over for the community of GaMasemola outside Jane-Furse in Limpopo. 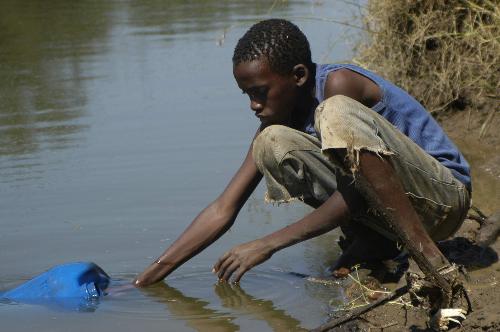 The Sekhukhune district municipality has set aside R12,5million to deal with the crisis.

They claimed that a lack of fresh tap water had forced them to fetch water from the same rivers where wild and domestic animals drank.

Limpopo police spokesman Brigadier Hangwane Mulaudzi said a total of 27 people had been arrested and charged with public violence and malicious damage to property since 2008.

Speaking to Sowetan yesterday, the executive mayor for the Sekhukhune district municipality, David Magabe, said they have put aside R12,5million to try to resolve the water crisis in the area.

Magabe said the money would be used to replace the transformers, valves and electric cables that were stolen or vandalised by members of the community.

He said the most affected people were those from new settlements.

“Our plan is to augment our reticulation systems and extend our capacity by putting in big new pipes from the Pietgouws water plant to the affected villages.

“On completion the plant will pump up to 12 mega-litres of water a day as opposed to the current eight mega-litres.

“We have also decided to drill a sizeable number of boreholes in the new settlement, so that all the residents can have enough water every day,” Magabe said yesterday.

Hopefully the budgeted money will be put to work soon for this project.  In the interim, the government should consider providing households with water tanks- this allows a degree of self-sufficiency when it comes to water for drinking and other uses.  Rainwater can be harvested via simple guttering from the roofs to supplement household water supplies, especially during the rainy season. Ownership of a water tank will also engender a sense of responsibility and pride and are likely to be cared for.  Water tanks made by JoJo Tanks are of a high quality and come with a guarantee.