South Africa’s major water and mining problems, including the threat to human health and agricultural production posed by acid mine drainage (AMD) in Gauteng, will remain as serious as ever, according to experts. 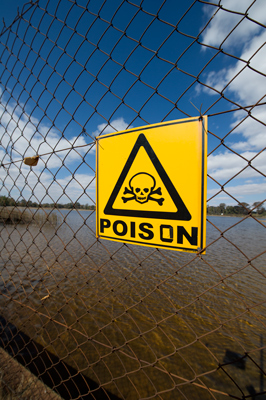 “The enormity of the AMD problem has paralysed the government,” said activist Mariette Liefferink.  “Not a cent of the R225 million allocated by Treasury to the Trans-Caledon Tunnel Authority early in 2011 for the immediate implementation of AMD treatment within the west and central rand of Johannesburg has been paid out.  In 2011, AMD began impacting the Cradle of Humankind.”

Government has mooted an environmental levy for mines, but has provided no further details.

In more positive news, Agri SA’s Nic Opperman said that in 2012 farmers would be able to challenge water tribunal rulings with greater confidence.  This was due to two High Court judgements in which the Pretoria High Court awarded farmers a water licence after they had been denied by the Department of WaterAffairs on racial grounds alone.

Water consultant Carin Bosman said that the Department of Water Affairs “still cannot reliably account for who is using water and who is paying for water” and that it was likely that the department would receive another qualified audit report for 2010-2011.

“In 2012, Minister (Edna) Molewa must finally deliver on the promise to fix the department which she made when she became minister in 2010,” he said.

Meanwhile, Gareth Morgan, DA MP and spokesperson for water affairs, said that in 2012, the government was expected to clear the backlog of 700 water licence applications by mining companies.

“It will be interesting to see whether the minister of mineral resources, Susan Shabangu, formally tables amendments to the Mineral Petroleum Resources Development Act (MPRDA) in 2012 with regard to the environmental authorisations of mines, and integrated licensing,” he said.

In early 2009, parliament passed amendments to the MPRDA and National Environmental Management Act with the intention of transferring environmental authorisations of mines to the minister of water and environmental affairs.  However, according to Morgan, Shabangu “never commenced the MPRDA Amendment Act”.

“Now it is strongly rumoured she wants to amend the act again to reverse the previous amendments.  The Departments of Environmental Affairs, Water Affairs and Mineral Resources are arguing their respective causes behind the scenes,” he said.