World Population Day: Sustainable Agriculture for a Planet of 7 Billion

As the world population increases, so do the number of mouths to feed. 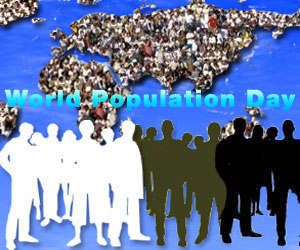 The good news is that in addition to providing food, innovations in sustainable agriculture can provide a solution to many of the challenges that a growing population presents. Agriculture is emerging as a solution to mitigating climate change, reducing public health problems and costs, making cities more livable, and creating jobs in a stagnant global economy.

This year, the world’s population will hit 7 billion, according to the United Nations. Reaching this unprecedented level of population density has prompted the U.N. Population Fund (UNFPA) to launch a “7 Billion Actions” campaign to promote individuals and organizations that are using successful new techniques for tackling global development challenges. By sharing these innovations in an open forum, the campaign aims to foster communication and collaboration as our world becomes more populated and increasingly interdependent.

Not even demographers can actually forecast how many people will be added to world population over the coming century, noted Robert Engelman, a population expert and Worldwatch Executive Director. As more women and their partners gain access to reproductive health services and manage their own childbearing, average family size has fallen significantly in recent decades and could continue to do so, assuming expanded support for reproductive health and improvements in women’s autonomy and status. The likelihood of continued population growth for some time, however, remains high. And that will add to the need to harness the ingenuity of human beings to sustain both people and the planet.

“We’ll have to learn how to moderate our consumption of materials and energy and to jumpstart new technologies that conserve them,” Engelman said. Innovations in farming will be among the most important: with planning, agriculture can operate not only as a less-consumptive industry, but also one that works in harmony with the environment.

Nourishing the Planet’s research in Africa has unveiled innovative and cost-effective approaches to sustainable agriculture where farmers are treating land as a resource rather than solely as a means for food production. Many of these solutions are scalable and can be adapted to farming systems around the world.

Nourishing the Planet recommends four ways that agriculture is helping to address the challenges that a growing global population will bring.

Urban agriculture for nutritious food and a cooler climate

The U.N. predicts that 65 percent of the global population will live in cities by 2050. Urban agriculture provides an increasing number of city residents with fruits and vegetables, leading to improved nutrition and food security. Urban farms are already gaining popularity around the world, from the Victory Programs’ ReVision Urban Farm in Boston, to Lufa Farms in Montreal, to the slums of Kibera in Nairobi, Kenya.

Farming for employment and education.

Opportunities in sustainable agriculture can reduce poverty and empower a growing population. In Los Angeles county, the organization Farmscape Gardens has helped tackle a 16 percent unemployment rate by hiring workers to establish and maintain edible gardens. To teach the local community about food and sustainable agriculture, L.A.’s Fremont High School established a school garden of 1.5 acres that is open to students and the greater community. And in Uganda, project DISC (Developing Innovations in School Cultivation) partnered with Slow Food International to develop 17 school gardens that are used to educate students about growing, harvesting, and preparing nutritious local foods.

Agroecology for a healthier environment.

According to the U.N. Food and Agriculture Organization, industrialized countries waste 222 million tons of food annually, or almost as much as sub-Saharan Africa’s 230 million tons of net food production per year. Decreasing food waste makes it possible to feed people across the planet without increasing agricultural production. In Washington, D.C., the D.C. Central Kitchen Project partners with area restaurants and food suppliers to pick up food that would otherwise go to waste. Volunteers prepare the food and redistribute it as meals to the city’s poor. In central and eastern Africa, a partnership between Bayer Crop Science and the International Potato Center hopes to develop a sweet potato that is resistant to pests and diseases, which are responsible for 50 to 100 percent of crop losses among poor farmers in the region.

Urban farming, if only on a subsistence level, will become more and more important in our over-populated world.  Read Living on a farm in a city and Edible rooftop gardens.  Also see Can small farms feed the world & protect nature?