Water is the new liquid gold 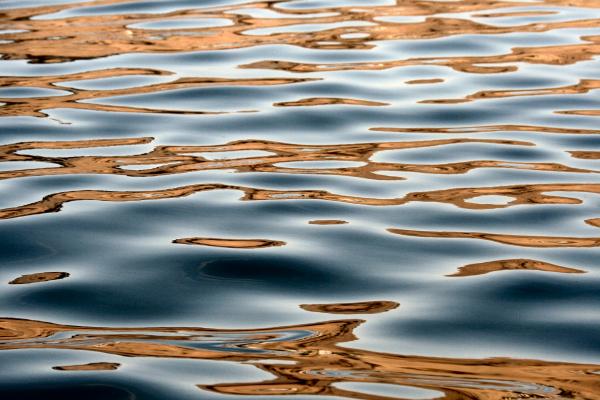 Bruce Frasier sweats in the 106-degree heat at his Carrizo Springs, Texas, farm while stacking 42-pound boxes of cantaloupes bound for Kroger supermarkets and Wal-Mart Stores. But he’s turning away all offers for his most prized commodity: water. Texas’s worst drought since record-keeping began in 1895 is fueling a rally in water prices as energy prospectors from ExxonMobil to Korea National Oil expand the use of a drilling technique known as hydraulic fracturing, or fracking, that uses up to 13 million gallons in a single well.

Frasier, whose Dixondale Farms is the state’s largest cantaloupe grower, has been offered as much as 70 cents per 42-gallon barrel of water he pumps from an aquifer beneath his land. That same water fetched no price at all as recently as three years ago, before oil exploration boomed in Texas’s Eagle Ford Shale rock formation. So far, Frasier is standing firm. “I’ve got to have that water for my farming operation,” he explains.

With the region having received less than 2 inches of rainfall since Oct. 1, oil producers are buying water from anyone willing to sell. “It’s pretty dry down here and a lot of oil companies are looking for water,” says Robert Mace, a deputy executive administrator at the Texas Water Development Board.

The water crisis in Texas, the biggest oil- and gas-producing state in the United States, highlights a continuing debate in North America and Europe over fracking’s impact on water supplies. Environmentalists say the method poses a contamination threat, while farmers face growing competition for scarce water.

Talisman says chemicals in fracking should be disclosed

Fracking is a 60-year-old method of shattering rocks to unleash oil and natural gas with high-pressure jets of sand- and chemical-infused water. In the past decade, the technique has been refined and coupled with new ways of drilling sideways through oil-rich shale formations, spurring an onshore exploration boom, says Robert Ineson, senior director of global gas at researcher IHS CERA.

The Eagle Ford’s peculiar geology means each well fracked requires an amount of water equivalent to that used by 240 adults in an entire year for cooking, washing and drinking. A study by the Texas Water Development Board and the University of Texas at Austin’s Bureau of Economic Geology estimates fracking-water demand in the area will jump tenfold by 2020 and double again by 2030. “This is not the drilling your grandparents knew in West Texas,” says Sharon Wilson, an organizer for Earthworks’ Oil & Gas Accountability Project, which lobbies for tougher regulation of oil drillers. “It’s a heavy industrial activity with massive amounts of water and chemicals.”

For now, local water departments, farmers and oil drillers near Laredo are relying on water from two reservoirs and underground aquifers filled by last summer’s tropical storm season. But that won’t last forever.

The bottom line: A record drought in Texas is boosting water prices and competition between agricultural and energy interests over the commodity.

A similar situation is bound to occur in South Africa’s Karoo if Shell (Boycott Shell) is allowed to go ahead with its planned shale gas exploration or ‘fracking’.  Read Getting Fracked, Say No To Fracking and Fracking: Drink the water at your own risk.