WHITELEY, Pa. — Fishermen are gearing up and hunters are taking aim – for Marcellus Shale gas drilling. 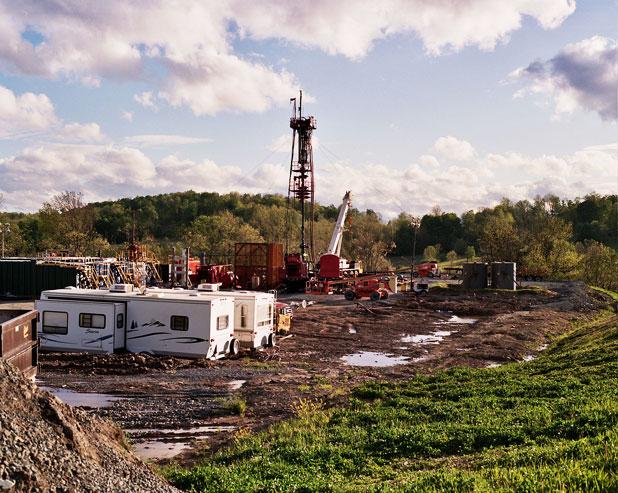 A new coalition of outdoors groups is emerging as a potent force in the debate over natural gas drilling. The Sportsmen Alliance for Marcellus Conservation isn’t against the process of fracking for gas, but its members want to make sure the rush to cash in on the valuable resource doesn’t damage streams, forests, and the various creatures that call those places home.

The movement grew out of grass-roots anger as passionate outdoorsmen found their questions about drilling and wildlife brought few answers from local or state officials.

“Either we didn’t get a response or the answer we got didn’t seem feasible or acceptable. It didn’t seem like the people who were in charge had their pulse on what was actually happening,” said Ken Dufalla of Clarksville, Pa.

Energy companies have identified major reserves of natural gas throughout the Marcellus Shale, which underlies much of New York and Pennsylvania, and parts of Maryland, Ohio and West Virginia.

More than 3,300 wells have been drilled across Pennsylvania in just the last few years. The boom has raised concerns about the use of hydraulic fracturing, or fracking, a drilling technique in which water, sand and a small amount of chemicals are used to open gas-bearing shale formations deep underground.

Already, preliminary water testing by sportsmen is showing consistently high levels of bromides and total dissolved solids in some streams near fracking operations, Dufalla said. Bromide is a salt that reacts with the chlorine disinfectants used by drinking water systems and creates trihalomethanes. The U.S. Environmental Protection Agency says trihalomethanes can be harmful to people who drink water with elevated levels for many years.

Dufalla stands alongside Whiteley Creek, a little mountain stream in Greene County. But something is wrong. The grass is lush and the woods are green, but the water is cloudy and dead-looking.

“It used to be a nice stream,” teeming with minnows, crawfish and other aquatic life, he told The Associated Press. No more, said Dufalla, a former deputy game and fish warden for Pennsylvania.

He’s worried that nearby gas drilling has damaged the creek, either from improper discharges of waters used in fracking, or from extensive withdrawals of water. The drilling industry says numerous studies have shown fracking is environmentally safe, but Dufalla and other sportsmen want to be sure.

The goal is to build a water quality database that identifies problem areas and makes that information available to the public. Currently, there’s little scientific information about whether or how much fracking water impacts wildlife.

The proposed extraction of methane gas (which is a greenhouse gas 72 times more polluting than carbon dioxide) from the Karoo involves the pumping of +- 20 million litres of water per drill per year, mixed with toxic chemicals, 5 kilometers deep in the Karoo and bursting (‘fracking’) the shale rock to release methane gas which is to be collected through cement-lined(!) boreholes.  How many wells will be sunk?  In Texas more than 76000 shale gas wells have been drilled.  In the small state of Pensylvania alone, 52000 gas wells were drilled!  Until some States started banning fracking, the drilling of 33000 wells in the USA per year was planned.

The only information available is from the USA, where academics and researchers have registered incidents of fish dying in rivers, of boreholes exploding, of radio-active waste water from the fracking wells, of serious environmental pollution, of explosive methane gas leaking in underground channels.  Meanwhile, fracking companies refused to divulge what chemicals are being used in the process because they say it is confidential information.

Other hunting associations such as the South African Hunters & Game Conservation Association have also strongly opposed fracking in the Karoo or anywhere in South Africa.  Hunters are generally ardent conservationists who ensure that game instead of livestock continues to inhabit wild areas.

See Getting Fracked and Say No to Global Fracking.