Why You Should Support Farmers’ Markets

Biocrude Oil from Wood and Grass 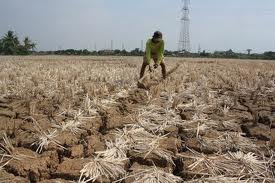 “Both the livelihoods of rural communities as well as the food security of city populations are at risk,” FAO Assistant Director General for Natural Resources Alexander Mueller said in a statement.

Countries should improve management of their water resources ahead of the expected changes, and farmers should adopt more efficient cropping patters, the FAO said its Climate Change, Water and Food Security report.

Farmers can reduce water use and optimize irrigation by turning to earlier or later planting, while yields and productivity can be improved by shifting to soil moisture conservation practices, the report said.

Small-scale farmers in developing countries, who already produce yields far below their potential, face an uphill struggle in adopting such strategies because of limited access to capital, the report said.

“The rural poor, who are the most vulnerable, are likely to be disproportionately affected,” Mueller said.

FAO said too little is known about the impact that climate change will have on water for agriculture at the regional and sub-regional levels and that “mapping vulnerability is a key task at national and regional levels.”

Unsustainable practices tend to increase when resources, such as fertiliser and water, become scarce and/or expensive.  Deforestation is a major problem in Third World Countries and emerging economies worldwide such as Brazil (see Brazilian deforestation rate skyrockets to new levels).  Also see How stoves, seeds could save African forests.