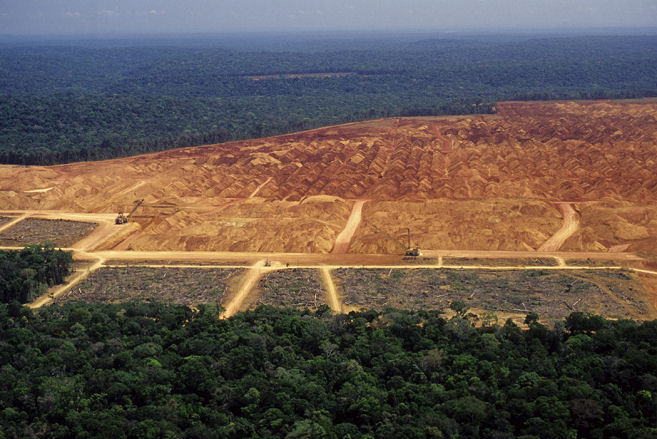 Toward the end of 2010, deforestation rates in the South American country of Brazil – home to the world’s largest rainforest (Amazon) – were on the decline; rates in the country were the lowest since they began keeping track over two decades ago.

Not even one year later, though, and new reports paint an entirely dimmer, grimmer picture.

According to satellite data, deforestation throughout Brazil is already six times greater this year than last year over a mere two month period.

Overall, the region has seen a 27% increase in deforestation from August 2010 to April 2011 – a large portion of which is due in part to soybean farming in the Mato Grosso state. Nearly a quarter of all of the country’s soybean exports are grown in the region.

Also, environment groups cite the purportedly weak Brazilian Forest Code as a major contributor to deforestation in the region. While the Code states that 80% of a farmer’s land must stay forested, farmlands have been known to drop as low as 20% without any major repercussions; farmers essentially strip their land of resources in order to keep up with rising demands while offsetting costs with record profits.

Although a sovereign state, Brazil, by allowing such massive deforestation of the Amazon, should face more than condemnation from the rest of the world.  Perhaps the remaining Amazon rainforest should come under international custodianship- this rain forest is literally the lungs of the world and its destruction has massive negative global effects.  But alas, the rainforest, for all all its medicinal wealth and ecological importance, is still not viewed by the international community as important enough to protect with force, if necessary (unlike, for example, the wastelands of Libya that harbour oil reserves beneath the surface).