The Eco Friendly Way to Wash a Car

This post is coauthored by Cutler Cleveland, Bruce Cooperstein, and Ida Kubiskewski. It’s a condensed version of an article in the April issue of the Solutions journal, based at the Institute for Sustainable Solutions at Portland State University.

As the Japanese nuclear disaster shows, the cleanup costs after a nuclear meltdown are borne in large part by governments and taxpayers rather than the industry. 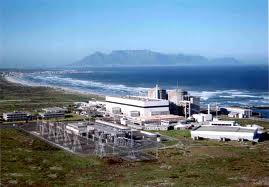 The industry argues that nuclear power has a good safety record and that new plant designs, so-called Generation III reactors, have enhanced safety features compared to the 1970s-era Generation II designs like those at Japan’s Fukushima Daiichi facility. The number of people killed or injured globally from the nuclear energy system is far smaller than the number killed or injured, for example, producing energy from coal or even hydropower. France generates about 75 percent of its electricity from nuclear power and has been running nuclear power plants for decades with no major incidents.

But the Japan plant disaster demonstrates that even with all the precautions taken and multiple redundancies to guard against disaster, unforeseen problems can occur that have long-term economic and ecological consequences. For example, the Chernobyl nuclear power plant is now encased in a huge sarcophagus that must be maintained for hundreds of years to prevent radiation leakage. A 1,000-square-mile area around the plant will remain off-limits for a similar amount of time.

In addition, the long-term waste disposal problem has yet to be solved for nuclear power. The proposed storage facility at Yucca Mountain in Nevada was rejected by President Obama, partly on the grounds that it could only guarantee radioactive material wouldn’t leak after 10,000 years of storage, far short of the Environmental Protection Agency’s minimum safety requirement of 1 million years.

How much these steps would increase the price of electricity generated from nuclear plants would depend on the design of the plant, its location, how it is operated, how old it is, and other factors. But it would give society a better picture of the true costs of nuclear power and would make for a more accurate comparison of nuclear energy with other energy sources.

Robert Costanza is University Professor of Sustainability and director of the Institute for Sustainable Solutions at Portland State University. He is also cofounder and former president of the International Society for Ecological Economics. Source: Grist Some environmentalists have accepted nuclear power as a necessary source of power during a transition period away from fossil fuels.  However, even if disasters like Japan’s current nuclear crisis could be guaranteed never to happen again, the question of nuclear wast remains.  The EPA’s (US) requirement that radioactive material should be guaranteed against leakage for at least 1 million years is mind boggling. Water Rhapsody Water Conservation Systems Mpumalanga offers water tank and rainwater tank installation, rainwater harvesting systems (see rainwater FAQ), grey water recycling  (see greywater FAQ) and water-saving devices for swimming pools and toilet flush systems (see product demo ).  Our WWF Award-winning water systems can be retrofitted or built into new buildings and can be adapted to small households or large business blocks, hospitals, schools, lodges & hotels. Water Rhapsody has incorporated Yes Solar– official distributor of German-made Solsquare solar water heating systems that are installed by Eskom-accredited solar installers (our solar geysers are eligible for Eskom solar energy rebates).  We are authorized JoJo Water Tank dealers and Atlas Plastics water tank suppliers in Mpumalanga and Limpopo Province (best water tank prices in the Lowveld!).  We are also able to supply sanitary hardware such as waterless toilets through our JoJo Tanks and Atlas Plastics dealerships. Contact us for a FREE QUOTE on a solar water geyser, water tank or rainwater/gray water system.  South Africa now has eco-friendly insurance– another way to go green, switch to green insurance cover and reduce your carbon footprint today!
Share
0