The History of Earth Day 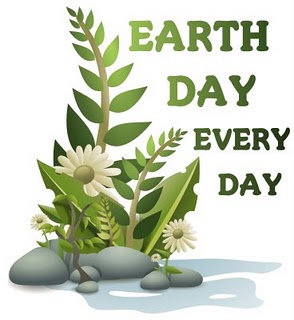 What was the purpose of Earth Day? How did it start? These are the questions I am most frequently asked.

Actually, the idea for Earth Day evolved over a period of seven years starting in 1962. For several years, it had been troubling me that the state of our environment was simply a non-issue in the politics of the country. Finally, in November 1962, an idea occurred to me that was, I thought, a virtual cinch to put the environment into the political “limelight” once and for all. The idea was to persuade President Kennedy to give visibility to this issue by going on a national conservation tour. I flew to Washington to discuss the proposal with Attorney General Robert Kennedy, who liked the idea. So did the President. The President began his five-day, eleven-state conservation tour in September 1963. For many reasons the tour did not succeed in putting the issue onto the national political agenda. However, it was the germ of the idea that ultimately flowered into Earth Day.

After President Kennedy’s tour, I still hoped for some idea that would thrust the environment into the political mainstream. Six years would pass before the idea that became Earth Day occurred to me while on a conservation speaking tour out West in the summer of 1969. At the time, anti-Vietnam War demonstrations, called “teach-ins,” had spread to college campuses all across the nation. Suddenly, the idea occurred to me – why not organize a huge grassroots protest over what was happening to our environment?

At a conference in Seattle in September 1969, I announced that in the spring of 1970 there would be a nationwide grassroots demonstration on behalf of the environment and invited everyone to participate. The wire services carried the story from coast to coast. The response was electric. It took off like gangbusters. Telegrams, letters, and telephone inquiries poured in from all across the country. The American people finally had a forum to express its concern about what was happening to the land, rivers, lakes, and air – and they did so with spectacular exuberance. For the next four months, two members of my Senate staff, Linda Billings and John Heritage, managed Earth Day affairs out of my Senate office.

“Rising concern about the environmental crisis is sweeping the nation’s campuses with an intensity that may be on its way to eclipsing student discontent over the war in Vietnam…a national day of observance of environmental problems…is being planned for next spring…when a nationwide environmental ‘teach-in’…coordinated from the office of Senator Gaylord Nelson is planned….”

It was obvious that we were headed for a spectacular success on Earth Day. It was also obvious that grassroots activities had ballooned beyond the capacity of my U.S. Senate office staff to keep up with the telephone calls, paper work, inquiries, etc. In mid-January, three months before Earth Day, John Gardner, Founder of Common Cause, provided temporary space for a Washington, D.C. headquarters. I staffed the office with college students and selected Denis Hayes as coordinator of activities.

Earth Day worked because of the spontaneous response at the grassroots level. We had neither the time nor resources to organize 20 million demonstrators and the thousands of schools and local communities that participated. That was the remarkable thing about Earth Day. It organized itself.