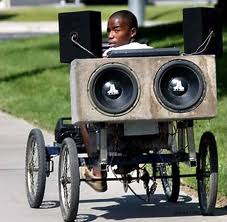 Nairobi — Beware those who shout loudest on New Year. The national environment agency has launched a 48-hour campaign to monitor noise levels as Kenyans prepare to celebrate the New Year.

He said they had teamed up with occupational health officials and security agencies to enforce the regulations. Mr Bore, who is the Central Province environment officer, warned that they would prosecute those who break the regulation.

A sound level meter would be used to measure noise levels and those found guilty would be arrested and the sound equipment confiscated, Mr Bore warned.

He added that they were investigating complaints against churches, and entertainment spots. Nema has given bar owners and churches in Nyamira County 21 days to comply with the law.

Fearing arrest, some business owners stopped playing loud music or closed their premises. However, others declined to sign documents confirming receiving the notices to comply with the Noise Regulation Act of 2009.

Mr Ngira said Nema was not against playing music in bars and use of public address systems in churches. “Those in-charge should ensure that noise emitted from such areas should not be heard beyond a radius of 30 metres,” he said.

He added: “We are going to start arresting those who will defy these notices but in the meantime we are simply alerting them that we are on the way. They should know that the penalty of such offenders is prohibitive.”

He warned churches mounting loud speakers for overnight prayers to beware the law was in force.

Noise pollution is far more serious and insidious than many think.  Not only can excessive noise be physically and psychologically damaging to humans but it also affects birds and animals.  Unfortunately, although there are laws against noise pollution in South Africa, these are very seldom enforced.  Noise pollution can be considered an environmental crime as well as a health and safety issue; hopefully South African law enforcement agencies will take note of Kenya’s progressive enforcement of noise pollution laws and enforce the laws they are supposed to uphold.