How to Green Your Car 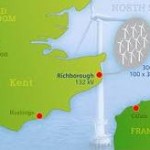 In September, the UK opened the world’s biggest offshore wind farm at Thanet, off the coast of Kent. The eight lines of turbines, running north-west to south-east, cover a total area of 35sq km off Foreness Point near Margate. With 100 turbines, each 115 metres high with 44-metre blades, it can generate 300 megawatts (MW) of power – enough for 200,000 homes.

brings it one step closer to the makers’ ultimate aim of circling the globe using only energy from the sun. 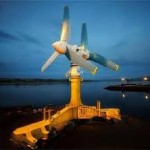 In August, the world’s largest tidal turbine was unveiled at a facility in Invergordon, Scotland. The AK1000 was developed by Atlantis Resources Corporation, is capable of generating enough electricity for more than 1,000 homes and is designed for harsh weather and rough, open ocean environments such as the Scottish coast.