The World Bank has reaffirmed its commitment to “scaling up” its support for hydropower infrastructure in developing countries, which it describes as the largest source of renewable and low-carbon energy. 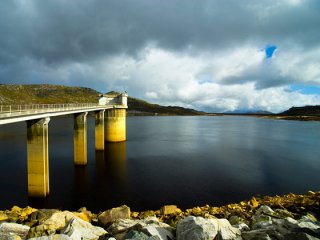 This policy aspiration, which is contained in a newly published report entitled ‘Sustaining Water for All in a Changing Climate’, points out that only 23% of the hydropower potential in developing countries is currently being exploited.

Countries in the Africa region were storing only about 4% of annual renewable flows, compared with 70% to 90% in many developed countries.

“The big untapped potential in developing countries amounts to more than 1 300 GW of unutilised hydropower,” the report avers, noting that hydropower currently accounts for 20% of the world’s electricity supply and 88% of the supply from renewable resources.

Author Nancy Vandycke argues that leveraging the power of water to support the transformation of the energy sector will also help to mitigate the effects of greenhouse gas emissions. “Taking the links between water and energy into account will be essential for dealing with both mitigation and water scarcity.”

“To achieve those gains successfully we must engage with communities proactively to identify local benefits and manage and mitigate any risks associated with hydropower projects,” Andersen said.

Since 2003, the World Bank Group (WBG) organisations have approved $3,7-billion for hydropower projects, with a total investment value of $8,5-billion and a capacity of 9 700 MW.

A framework for scaling up hydropower investments has also been strengthened with the 2009 publication of the WBG’s ‘Hydropower Business Plan’.

In the broader water milieu, the bank expects to invest from $21-billion to $25-billion between 2010 and 2013. However, the report stresses that the projects will need to adopt a more integrated approach to link water services with water resources.

Therefore, besides increased support for hydropower, the bank will also pursue the following policies:
• An enhanced integrated approach to water resource management to meet growing demand for water in a climate-resilient way.
• Focus more on water for climate change adaptation and mitigation.
• Increased assistance to agricultural water management.
• And providing, with partners, improved sanitation to the 2,6-billion people who still live without it.

Water will also be increasingly mainstreamed in projects of other sectors, including environment and energy, the report reveals.

Man-made dams generally have negative impacts on the environment.  However, humans need convenient water storage and the impacts must be mitigated as far as possible.  Building a dam for the sole purpose of hydropower is a contentious issue, especially when it is located on a pristine riverine ecosystem.  Many governments around the world are in the habit of greenwashing hydropower. The looming global energy crisis and water crisis is prompting growth in the renewable energy sector such as solar power and hydropower.  Hydroelectric schemes in Africa should be focused on upgrading existing hydropower stations and installing new stations on existing dams.  Micro-hydropower stations are often a more feasible (and more environmentally friendly) way of providing renewable energy to communities.  Solar power either from photovoltaic solar panels or solar water heating systems, remains the most cost-effective renewable energy source for many areas in Africa.  Water resources are becoming less available and more polluted.  A solution to this is rainwater harvesting (storing the rainwater in water tanks) and water conservation education (I have, on many occasions passed through areas of Mpumalanga and Limpopo where communal water taps are left running and leaking pipes are left unattended).  Water Rhapsody (specializing in rainwater systems, greywater systems, water saving devices & rainwater tanks) and Yes Solar (solar geysers made by Solsquare) have the solutions to the water- and energy crisis.  Contact us for a free quote and let us help you harvest free water and get free solar energy! (We are also authrorised JoJo Water Tank dealers for South Africa).