By admin on June 18, 2010 in water security, water shortages

Only 30% or 11% of South Africa’s 283 municipalities are at this point in a position to render adequate water services, the Parliamentary Ad Hoc Committee on Service Delivery was told recently. It is, however, not a problem unique to South Africa and the dangers of a disaster due to shortage of quality water is a worldwide phenomenon. 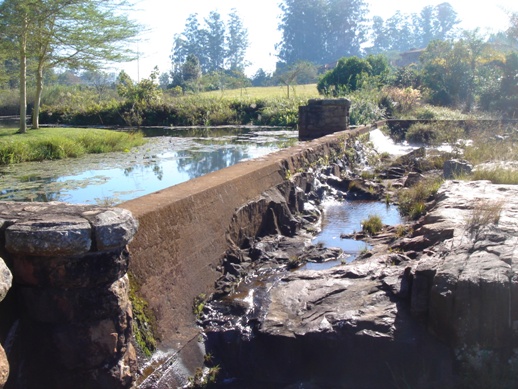 The acting director-general of the Department of Water and Environmental Affairs, Nobubele Ngele told the Ad Hoc Committee that the department assessed municipalities across the country against seven critical areas. The conclusion – water services countrywide are in varying states of collapse and many are heading for a water disaster.

This situation resulted from many years of inadequate infrastructure maintenance, inefficient management and a serious shortage of the necessary skills.

A similar warning came from an economic adviser of the PricewaterCoopers group, Dr Roelof Botha, at the annual VinPro information session. It is not only South Africa that is facing a water disaster, but worldwide there is a problem of the demand for water outstripping supply.

In informed circles there is even speculation that water could be the cause of the next world war, Botha said.

South Africa’s water security is under serious threat and there is an urgent need to explore ways to ensure adequate water supply in the future.

A recent World Bank sponsored study by the McKinsey Group brought to light that South Africa, by 2030, will face a shortage of 2.7 million m³ water. Unless something is done urgently, the country is heading for serious trouble, Botha warned.

But supply is not the only problem faced by many municipalities. Ngele told the Parliamentary Committee that as many as 23 municipalities are already in a “serious crisis” without the capacity to properly treat sewage water and deliver safe drinking water.

In these cases, according to her presentation, there is an “acute risk” of water borne diseases occurring. A further 99 municipalities would be in a similar position by July of this year if there is not immediate government intervention.

On top of this, another 110 municipalities appear on the department’s “risk list”, she said, and told the committee that some municipalities have under-spent for many years on water infrastructure maintenance as a savings mechanism to help them “balance their books”. This resulted in dilapidated infrastructure.

She also stressed repeatedly that there is a skills shortage at municipal level and not enough engineers to go around.

The Minister of Water and Environmental Affairs, Buyelwa Sonjica, promised to report to Parliament in the near future about the quality of drinking water at municipalities across the country. She reportedly told a member of the media that her biggest frustration was that the department, in terms of the constitution, has limited powers to interfere at municipal level and was dependent on their cooperation.

“Our hands are tied. Water services and infrastructure belongs to the municipalities. We issue directives and assist where situations are at their most dangerous, but some times the reaction is slow,” she said.

The department has, to date, intervened at 20 municipalities to assist with water purification and the prevention of the unsafe sewerage dumping.

Botha also pointed out that according to the McKinsey research, 40% of available water worldwide is utilised for agricultural purposes. If adequate arrangements are not made, food security could also come under threat.

According to him, there are a number of issues that need attention in South Africa:

Botha warned that work on more projects in collaboration with neighboring states should be tackled with some haste, since red tape could turn negotiations and eventual implementation of projects into drawn-out affairs.

He also included water pollution in cities and the mining industry in his list of threats to the country’s water security.

There is an urgent need for cooperation by all relevant role-players to deal with the threatening water crisis, he said. 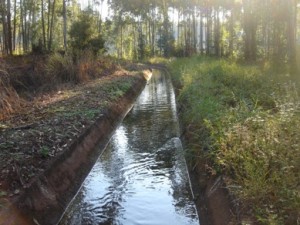 One of the canals that serve the White River area. Once the water is delivered to the municipality it becomes their responsibility to purify it and deliver a safe water supply.

I was recently acting Water Control Officer for the White River Irrigation Board; this gave me the opportunity to inspect the dams and canal systems serving the White River area in the Mpumalanga Lowveld. I also learnt how important it is for all the various role players to co-ordinate and communicate for a reliable and safe water supply.  Water boards sell water to the municipalities who then resell the water to the public.  Problems are usually encountered once the water becomes the municipality’s responsibility.  As the article above points out, municipal water services around South Africa are in trouble.  It has come to the point where it is almost too late to prevent water supply shortages on a massive scale (similar to Eskom’s electricity crisis).  Businesses and people in the private sector must be prepared for this and should pre-empt the looming water crisis.  Water Rhapsody is in a position to provide water systems that save water; recycling greywater and harvesting rainwater is our business.  Ensure that you have enough water storage facilities.  We recommend that you buy a water tank and install our rain water harvesting system. Even ifyou don’t install our rainwater system now, water tanks are a good investment; you can use them to store municipal/borehole water in the mean time (which will save you the inconvenience of water supply cuts).  If you extract groundwater from boreholes, you are not necessarily safe; boreholes are being sunk everyday- they can’t last forever!  Groundwater pollution is another concern as is water from dams and rivers; I would recommend that you filter all drinking water.  Contact us now for a free quote and assessment.