South Africa’s water boards are proposing increases of between 6,2% and 43% to the cost of the potable bulk water they supply to the country’s municipalities. 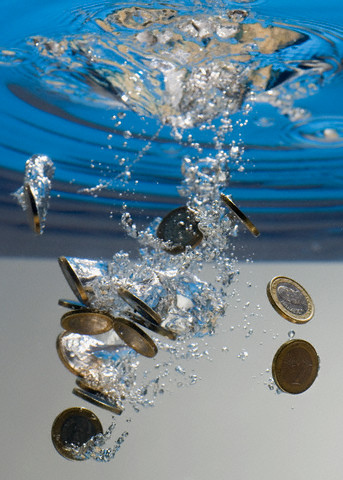 Such tariff increases, if accepted, are likely to increase the cost of drinking water supplied by municipalities to end users.

The proposals, details of which are contained in a document tabled at a meeting of Parliament’s water affairs portfolio committee on Tuesday, appear to fly in the face of an announcement made by Water Affairs Minister Buyelwa Sonjica last month.

“I want to allay the fears of South Africans that there is not in the near future a possibility of a [tariff] hike. It’s not in the pipeline,” she told a media briefing at Parliament on April 13.

Questioned about this later on Tuesday, the department’s media liaison director, Linda Page, said there was no contradiction.

“You will remember that the minister was responding to a question on whether there are likely to be tariff increases linked to funding for infrastructure and thus potential increases in the price of raw water.

“The increases that the water boards are proposing are the normal annual increases linked to the CPIX because they operate on a cost recovery basis,” she said in an email sent to Sapa.

According to the document, tabled by the department’s chief director for institutional oversight Thoko Sigwaza “neither the Minister, nor the portfolio committee has a mandate to approve or reject tariff increases”.

The document includes a table of bulk water (the water abstracted from rivers and reservoirs, treated, and supplied to municipalities) tariff increases proposed by the 13 water boards.

Among the water boards supplying the larger metropolitan areas, Rand Water is calling for a 14,1% increase (from R3,48 a kilolitre to R3,97) and Amatola for between an eight and 8,8 percent increase.

Bushbuckridge Water is proposing a 12,46% increase.

“Bulk water tariffs are not proposed by the department, but are determined by the water boards,” the document states.

Further, it notes that tariff increases for the current (2010/11) financial year “must be tabled on or before March 15 [this year] if the increases are to take effect from July 1, 2010”.

It says a consultation process has been held with municipalities about the proposed tariff hikes.

Under a section titled “Impact of Tariff Increases on the End Users”, the document says that water accounting at municipalities is “often not ring-fenced, therefore it is difficult to assess impact of tariff on end users”.

Further, water boards needed to raise funds to finance capital expenditure on infrastructure over the next five years “estimated to exceed R10-billion”.

During her briefing last month, Sonjica said any water tariff increase would have to go through an “extensive” consultation process before it could be enforced.

“We are a participatory democracy. Any matter related to a hike of a water tariff has to go through an extensive consultation process… with all of the water users of South Africa,” she said at the time.

It is not a matter of ‘if’ as it is ‘when’; the price of water will increase steeply not only in South Africa but all around the world.  Future generations will look at our current water prices in much the same way as we look back at ridiculously low crude oil prices a few decades ago.  Although water is a basic necessity, it is an undervalued commodity- people in general take it for granted because it’s so cheap.  Perhaps water tariff increases are good for water conservation; if it costs more, it’s less likely to be used wastefully.  Unfortunately, as always, the poor will probably feel the price increases the most.  The rate of water tariff increases can be slowed by reducing water demand.  Implementing water-saving habits and installing water conservation systems will ease the pressure on water supply institutions.  Grey water recycling systems reduce unwanted gray water from entering over-burdened sewage works.  Harvesting rain and storing it in rainwater tanks ensures that you have water when the demand is high and water restrictions come into force (White River in Mpumalanga has water restrictions every winter).  Saving water is ultimately a ‘win win’ situation; you save money, reduce water demand, which in turn reduces the rate of water tariff increases (which reduces financial pressure on poor communities).  Water Rhapsody water conservation systems can save up to 90% of your water bills in an environmentally friendly and socially responsible way (amongst other benefits).