Sometimes it’s not the lack of water that causes problems but the difficulties in reaching the nearest water source that can send societies scrounging. But for centuries, inventive city planners have found ways to work around that challenge, moving mass amounts of water over incredible distances. Read on to see some of the most brilliant ways – both ancient and modern – that humans have found to control their water supply. 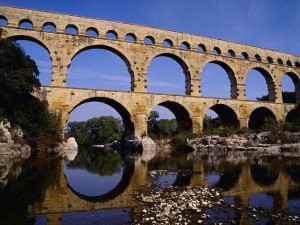 Water is not always an easy thing to move: it’s heavy, it can become unsanitary, and there are limited ways to carry it. The most effective way to transport water is by re-routing it, since large-scale overland systems can result in massive environmental damage (even when it’s bottled)–though as you’ll see in the technologies below, even ground transport can be made easier, greener, and healthier.

c. 312 B.C.-226 A.D.: Roman Aqueducts
The Roman Empire is still known for its engineering marvels, including its aqueduct system, in which 11 tunnels carried water to the city from as far away as 60 miles. The underground lead or concrete pipes followed an almost level grade—except where U-shaped dips, called siphons, helped the water flow uphill—and tanks scattered along the route purified the water.

c. 1859: Finding the Ismalia Canal
While building the Suez Canal through Egypt to connect India and Western Europe, a parallel canal—the Ismailia Canal—was built between the Nile River and Lake Timsah. This freshwater source also branched out toward the north and south, providing clean drinking water to the villages and workers along the Suez route.

c. 1909: Honor Oak Reservoir
The Honor Oak Reservoir, brick-built underground in London by Thames Water, becomes the largest service reservoir—meaning that the water it collects is safe for drinking—in the world at that time. Still in use, it holds enough water for 800,000 people and provides enough above-ground space for a golf course.

The Hippo Roller gives African villagers a break from transporting 5-gallon buckets of water on their heads by providing a grounded alternative: Each UV-stabilized, 20-gallon barrel can be rolled from river to town, cutting back on the health issues incurred by the old system while moving five times as much water.

C. 2008: Back to Aquaducts…Sort of
The Aquaduct water-filtering bike allows the rider to pedal to a water supply, load up the cycle with 20 gallons of water (enough for a family of four’s daily usage), and ride home; meanwhile, the pedaling action engages a pump that cleans the water while it’s transported. 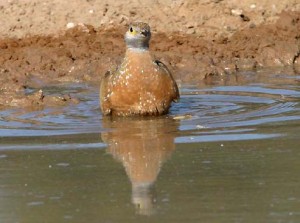 Male sandgrouse have specially adapted breast feathers that absorb water. He then flies back to the nest where the chicks drink the water directly from his breast feathers. One of Nature's ingenious ways of moving water.

Ancient and modern methods are both employed to transport water in today’s world.  There are still m any farming areas, towns and cities that are supplied water via canals.  Although ‘old’ technology, and a challenge to maintain, canals are still effective if managed properly.  Blockages in canals are visible and can usually be cleared quite quickly (as opposed to locating a leaking pipe buried under ground). Topography is an important factor; gravity ensures the water flows to where it’s needed.  A canal that employs gravity alone (no booster pumps) is an even more environmentally friendly system.  In South Africa, an example where canal systems are well managed is in White River (Mpumulanga); the White River Irrigation Board ensures that the canal (over 60 years old) provides the town and surrounding farms with a reliable supply of water.  The next time you turn on a tap, think about the long journey the water has taken to make your life easier.  Water Rhapsody Conservation Systems can help you conserve this precious resource once it reaches your home.  See our product demo page for more information. 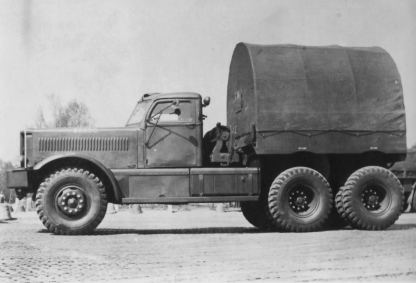 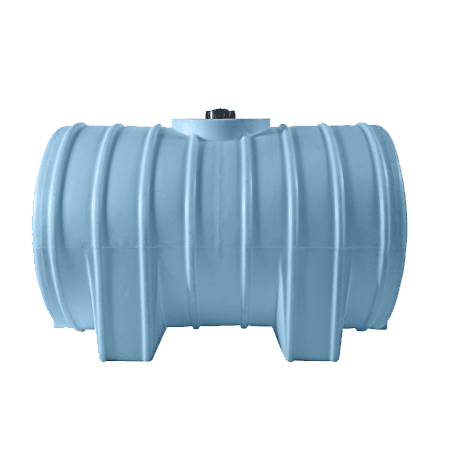