Water infrastructure in South Africa sorely needs a boost of investment from the private and public sectors.  The average household or business can still ensure that municipal water shortages do not affect them by the installation water conservation systems such as rainwater harvesting tanks and greywater recycling.  A full rain water tank is insurance against water supply cuts. 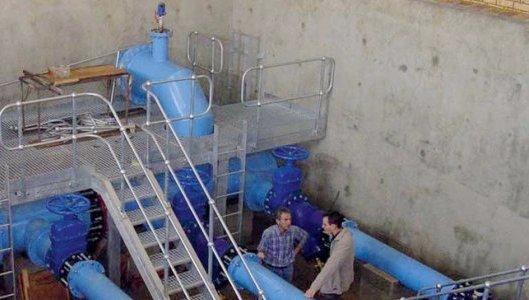 A budget of R4.34-billion had been allocated for the initiative over the Medium-Term Expenditure Framework period, which would be funded through the Municipal Water Infrastructure Grant.

Molewa told lawmakers during the DWA’s Budget Vote address that the IWSP would focus on 23 district municipalities identified by Cabinet, and would include the development and upgrade of local water sources in areas with unpredictable or no water supply, water-loss management issue and various water infrastructure repair backlogs.

To facilitate investment in new water and sanitation infrastructure, Molewa said she had initiated the development of a comprehensive investment framework, which would inform budgeting and integrated planning based on a life-cycle approach.

Capital investment in new water and sanitation infrastructure for the entire value chain, including the refurbishment of existing infrastructure, was projected to require some R670-billion over the next ten years, or R67-billion a year.

Currently, only 45%, or R30-billion a year, was available from existing funding sources.

“The remainder of the required investments will have to be funded from on-budget and off-budget sources through the private sector,” Molewa said.

Commenting on one of the department’s key water infrastructure projects, she said that development of the Lesotho Highlands Phase 2 water project would start immediately, following the recent Joint Bilateral Commission for Cooperation meeting between South Africa and Lesotho. The agreement for the development of the Phase-2 project was ratified by South Africa in November 2012.

South African construction teams would now continue with implementation of the Polihali dam and tunnel, the Minister reported.

“Following an intensive process of stakeholder consultation and public hearings, we have now consolidated the final inputs from all stakeholders, and I intend to gazette the final NWRS in June this year,” Molewa commented.

Drafting of the NWRS II included a study into the structure of municipal water boards, and, following the consideration of proposals arising therefrom, the number of water boards would be reduced from twelve to nine.

“This realignment will deal with nonviable boards, which will be dis-established and their functions, assets and staff integrated into the viable water boards,” said Molewa.

Government would also aim to finalise its water policy review process by July, which would further inform the process to amend the National Water Act and Water Services Act.

This process could lead to a combination of these Acts, with the aim of strengthening the capacity of the State to deliver on its mandate.

“The review of our water policy will realistically identify what has and has not worked in the last two decades of our democratic government to determine what needs to be refined and strengthened in the policy,” she said.

Is Your Sprinkling System Working Effectively?
Why install water tanks on tank stands?