Thirst may bring technical progress to a halt, UN experts warn in their report “Managing Water under Uncertainty and Risk”. The authors of this document are calling for water distribution, adding that one billion people in the world do not have any access to water. 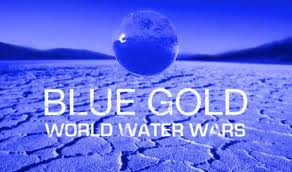 Are water wars possible? Experts are trying to answer this question.

The UN report says that by the middle of this century the consumption of fresh water in agriculture will grow by another 20 per cent. This is caused by the fact that the demand for water in the food industry will increase.

The deficit of fresh water is also caused by climate change, the co-chairman of the Russian environmental group “Eco-defence” Vladimir Slivyak says.

However, not all specialists agree that temperature fluctuations can influence the presence of water in certain regions. An ecologist, Alexander Bogolyubov, says.

“One can find water at a certain depth everywhere but there are countries that simply can neither drill a hole one kilometer deep nor pump it, while a civilized country having all the necessary equipment would never have such problems.”

More than ten countries in the world, including Egypt, Saudi Arabia, Yemen, and some others, are located in the drought-afflicted zones. However, this problem can be easily solved, specialists say, and the distribution of resources is the simplest and the most rational way out of this situation. Brazil could act as a donor, ecologists say. Regarding Russia, water could become a source of income for it, parallel with oil and gas. Director General of the Moscow-based Drinking Water Control and Test Centre Yuri Gonchar says:

“Russian businessmen are presently considering programmes providing for the construction of pipelines leading from the Caucasus Region to ports, aiming to transport water to Southern Europe and Africa. Under consideration is only a reasonable use of resources and re-distribution without fatal consequences.”

Changing the course of rivers is very popular today. China’s government has spent dozens of billions of yuans to turn rivers back and to give water to the country’s north. Ecologists believe that such actions are fraught with consequences, just as active water pumping in Saudi Arabia. Experts say that relict water reserves in Saudi Arabia may become exhausted in 40 years, if the policy of Saudi authorities doesn’t change True, al Riyadh has already started buying land for agricultural needs in other countries and started developing technologies to obtain drinking water.

The lack of water may trigger an outflow of citizens from poor states and may make rich countries dependent on those that are rich in water resources. In both cases, this means social instability, which is a feeding ground for conflicts.

A fight for access to water may finally develop into an armed confrontation. Water wars are not as far-fetched as some people think.  In fact, they are already occurring in many parts of the world although they are on a small scale and cannot be classified as wars, but localised conflicts, deadly nonetheless, see: Deadly Kenyan Water Wars.  Those in control of water resources will control those that are dependent on it.  Rainwater harvesting and rain water tanks can ensure households and businesses are less dependent on water supplies from elsewhere.  It need not be a situation where conflict over water resources has led to an emergency as rainwater harvesting saves on water bills and is good for the environment (less pressure on other water resources, reduction in stormwater runoff in urban areas).  Water tanks are at the heart of nearly all water conservation systems; be sure to choose high quality tanks such as those made by JoJo Tanks in South Africa.  Click on the links below to find your ideal JoJo water tank or other JoJo Tanks product.

Source: The Voice of Russia (By Daria Manina)