Diplomatic disputes over use of Nile water

Water is an emotive issue. It also adopts a political tone when it is used as a tool to control beliefs and opinions of a people. In places where economic systems of production vary — such agrarianism and pastoralism — water constitutes a serious security issue. 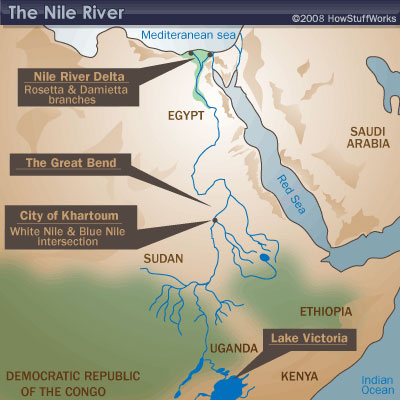 In more ways than one, ‘hydro-politics’ — as the disputes over water have come to be known — is a phenomenon that has to be addressed with comprehensive research as has been done by the scientists in the Nile River riparian states.

For a long time, the River Nile has been a source of tension between downstream and upstream countries. Egypt and Sudan, which depend on the Nile for agriculture and hydropower generation, have been demanding exclusive rights to the use of waters of the worlds’ longest river. On the other hand, Kenya, Tanzania, Ethiopia, Rwanda, Burundi, Democratic Republic of Congo, Chad, Eritrea and Central African Republic have pushed for use of the waters contending that they take care of water towers where the Nile tributaries originate.

The latter countries have been pushing for a repeal of the 1959 treaty Britain signed with the greater Sudan giving Egypt authority to decide for upstream countries how much water they can use. A revocation of the treaty would pave the way for them to use the waters for irrigation and damming water deficit regions. There has been a settlement of sorts through the Nile Basin Initiative, but a lot needs to be done to resolve these disputes.

Occasionally, the attendant diplomatic row over the use of the Nile water has threatened to explode into trade sanctions between economically weaker upstream and industrially stronger downstream states. At some stage during South Sudan’s war with north, Egypt was accused of arming Khartoum for fear that the south would disregard treaty as it was not party to it.

However, after years of research and analysis of Nile River and its tributaries, it turns out the rows over this vital resource were a fuss about nothing. Findings published in a new book The Nile River Basin: Water, Agriculture, Governance and Livelihoods, by Consultative Group on International Agricultural Research (CGIAR) allay fears that have often coloured relations among River Nile riparian states. The book argues that better cooperation among the riparian countries is required to share this precious resource.

The research that for the first time involved hydrologists, economists, agriculturalists and social scientists focused on agriculture and food security along the Nile, and ended up with a comprehensive and timely overview of the development challenges the river faces.

With significant new dams and development works being planned, and South Sudan joining the river basin countries the researchers recognise the need for solid, science-based evidence to inform policy decisions has never been greater.

The research further says agricultural water management approaches that include irrigation and rainwater collection could help the water-stressed region with a population of nearly 200 million to grow enough food despite the dry growing conditions.

Agriculture is the mainstay of the populations of the 11 countries in the Nile River riparian states and is an important source of income for the majority of them. It, therefore, follows that the sector is under increased pressure to feed the basin’s burgeoning population.

Needless to say, it is tempting for governments in the region to focus on large-scale irrigation schemes, such as existing schemes in Sudan and Egypt. However, more attention must also be paid to smaller, on-farm water management approaches that make use of rainwater and stored water resources such as aquifers.

Lack of access to water is cited as an issue that negatively impacts the poor. In the Nile basin, poor people live further away from water sources than the wealthy, which forces them to travel long distances to get it. Clearly, water without proper management, is a socio-economic class issue.

It, therefore, behooves governments in the region to make good use of the research to resolve an issue that can sometimes be explosive and divisive. Research and proper use of data accrued is the answer to avoiding dangerous hydro-politics.

Water resources are likely to become more of a political weapon in the future, especially in developing countries where millions of people still do not have access to clean drinking water.  Water resources in South Africa, a water-scarce country, are under increasing pressure from industry, agriculture and the water requirements for coal-fired power generation.  In many cases, a small-scale, local solution to water shortages will work best; rainwater harvesting and rain water tanks are ideal in many situations.  Plastic water tanks for rainwater harvesting are relatively inexpensive, are easily transported and installation is simple.  In South Africa, we recommend JoJo Tanks products; click on the links below to view the wide range or JoJo water tanks, JoJo rainwater tanks, JoJo tank stands, JoJo septic tanks and other JoJo Tanks products available.