A decision by the High Court in Pretoria upholding its earlier verdict relating to the supply of water in Mpumalanga was welcomed by the DA on Friday. 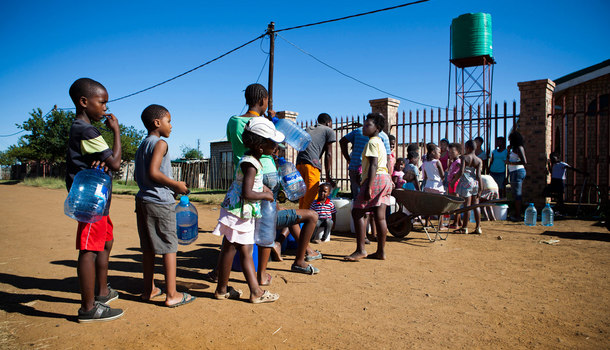 The court on Wednesday dismissed an appeal by Chief Albert Luthuli and Gert Sibande municipalities.Democratic Alliance chief whip in Mpumalanga James Masango said it was evident the municipalities did not intend to abide by the court order issued in July.

“The fact that both municipalities had the audacity to appeal and to apply for relief while the appeal process is ongoing, shows that they did not intend to abide by the court’s order from the outset,” he said.

“They instead chose to waste more taxpayers’ money, which could have been used to deliver water in the first place, by applying for relief and having costs awarded against them,” said Masango.

He said the DA hoped the thwarted court bid would serve as a valuable lesson to the two municipalities, to deliver on their Constitutional mandate.

“Perhaps they will realise that it is futile to appeal the original ruling, and would rather concentrate their efforts on providing clean, potable water to thousands of residents desperate for relief,” said Masango.

The Gert Sibande and Chief Albert Luthuli municipalities in Carolina were taken to court last month by residents, claiming the water provided to them was not suitable for human consumption.

Residents complained that their water had been polluted since January, allegedly by coal mines in the area.

In July, High Court Judge Moses Mavundla ordered the municipalities to provide each person with a minimum of 25 litres of drinkable water per day.

The Carolina water crisis has been going on for more than 6 months now, hopefully these court rulings will ensure that the people in the area finally get clean water.  Interim solutions whereby water tanks are placed at various locations should only be seen as short-term fixes to the problem.

VIDEO: How does a septic tank system work?
Residents near Barberton rely on water tanks