Animal Extinctions Can Be Hazardous to Your Health

A recent article from The New York Times looks at the correlation between climate change, forest degradation and other pressures facing wildlife and how these threats are sending many species into a “steep downward spiral, from which experts say they will never recover.” 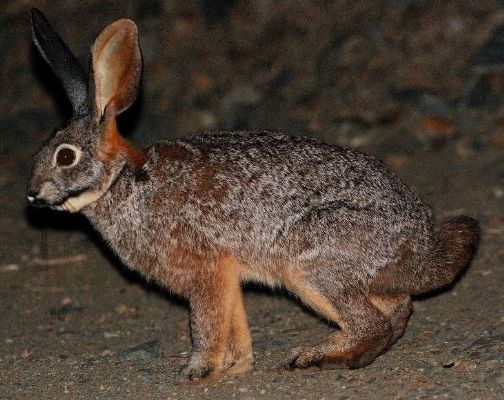 Finding ways to make wildlife conservation relevant to people has become a major focus of conservation organizations around the world. Promoting Ecosystem Services — the benefits that nature provides for people – is the key to moving wildlife conservation further up the priority list for a larger portion of society. To date conservation organizations have primarily focused on services like clean water, clean air, fertile soil, and storm protection when highlighting the benefits nature provides for people. But one connection often missed is the vital importance wildlife has in preventing human disease and sustaining good health.

Many human diseases have their origins with wildlife, and so changes in the habitats of wildlife populations, especially those that carry or spread diseases, will likely affect human health. The world’s poorest people — those most reliant on natural systems for their livelihoods – die by the millions each year as a result of infectious diseases, many of which originate in wildlife populations.

Evidence suggests that the loss of wildlife may translate into an increased risk of human disease – providing a more tangible reason for people to value nature and the services it provides.

Often the linkages between the loss of wildlife and human diseases are complicated, but Lyme disease outbreaks in the northeastern United States for example are a relevant, well studied and close to home example that illustrates this pattern.

So, here’s the science behind it—Lyme disease is caused by a bacterium carried by ticks. The ticks pick up the bacteria when they bite mice or deer that are infected with Lyme disease. People can get the disease if they are bitten by an infected tick.

A study done in New York showed that when diverse host communities — like mammals, birds and reptiles—are present, Lyme disease risk is actually lower. On the other hand, disease risk escalates when the presence of wildlife is lower.

As we modify our natural surroundings many of the host species that carry Lyme disease disappear, but species like the white footed mouse that are effective at transmitting the disease thrive in these surroundings.

So what does that mean?

It means that there is a higher risk for people to become infected with Lyme disease in places where carrier species like the white-footed mouse thrive. Ticks born in these areas have a greater chance of feeding upon an infected mouse than an uninfected bird (for example) because the latter is no longer present. While in places where there are a variety of hosts, the likelihood of being bitten by a tick that is infected with the disease goes down.

The relationship between wildlife loss and infection risk is not limited to Lyme disease. Now new evidence suggests this phenomenon is much more widespread – wildlife loss tends to increase the prevalence of viruses that cause certain diseases, and the transmission of these infectious diseases. Examples are emerging in a variety of settings and situations: from Malaria in the tropics to Hantavirus in the deserts of the United States.

Species that are able to survive or even thrive with the trappings of human-modified landscapes have something in common that makes them both more resistant to human disturbance and more tolerant to pathogens. As we alter our environment – cut down our forests, put in more roads—many species will disappear. But a few, like mice, mosquitoes and some viruses that cause diseases, remain and flourish. So, as humans modify our natural surrounds and in turn drive out wildlife from these areas, the result is many times an increased risk of infection in people. To reduce the risk of infection for people we need those species that act like sponges to soak up nasty parasites and not let them go.

Those of us in the conservation community need to take heed of this in our own planning—we must step outside our comfort zone and together with other sectors, ensure that we obtain the greatest benefit of our conservation investments for human health – now and in the future.

What many people forget, or arrogantly deny, is that humans are part of the ecosystems in which we live; we are part of Nature.  As intelligent and evolved beings, we do not have a good track record of being positive players in the global ecosystem but fortunately, we do seem to be realizing that to continue on our destructive path will ultimately lead to our extinction as a species.  Certain species extinctions have much more of an effect on the ecosystem than others; ‘keystone’ species are those that play a pivotal role in keeping the ecological balance and biodiversity.  An example in South Africa would be the Nile Crocodile.  Pollution from industry and human settlement along the upper Olifants River system has caused massive crocodile die-offs downstream in the Olifants River where it  flows through the now not-so-pristine Kruger National Park.