What about a bamboo water bottle?

Magaliesburg residents have lodged an appeal with the mineral resources department (DMR) to prevent African Nickel (AN) from prospecting in the Golden Valley area.

AN began prospecting in April – much to the dismay of environmentalists and residents.  Golden Valley is in close proximity to the Cradle of Humankind.  It also supports various farming 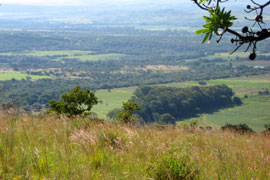 activities, and farmers are worried that mining activities could pollute the area’s scarce water resources.

Thys van As, chairperson of the Land Owners Association of Magaliesburg (LOAM), said AN violated the terms of its environmental management plan by operating without a water licence.

Other violations, he adds, include drilling less than 50m from fences and houses, workers camping on the prospecting site, and water usage in excess of 80000 litres per day.

LOAM has asked the DMR, who are currently investigating AN’s request, not to grant the mining company a mining licence or a renewal of its current licence, which expires in October.

James Duncan, from Russel and Associates, who are handling AN’s media queries, said various parties have lodged complaints about AN’s mining activities, but that they aren’t worried.  “What happened in Groot Marico – when there was such a big public outcry based on false information – won’t happen in Golden Valley.  There will be consequences for any party who makes false allegations against AN.  The law works for both parties and we’re aware of this and won’t back off,” he said.

Van As said AN accused him of spreading false information about the company after the first reports about its mining activities appeared in Farmer’s Weekly on 27 May.  But he said he has photos proving how much water AN is using and, he added, the water comes from boreholes for which AN doesn’t have a licence.

Van As said LOAM will oppose any attempt AN might make to continue with its activities.  “AN is still contacting landowners in the area to get permission to prospect on their land.  It looks as if they want to start the consultation process, but it’s too late for that.”

AN has denied approaching any more landowners, saying it’s not necessary as it has concluded its prospecting.