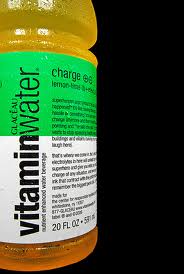 Now here’s something you wouldn’t expect. Coca-Cola is being sued by a non-profit public interest group, on the grounds that the company’s vitaminwater products make unwarranted health claims. No surprise there. But how do you think the company is defending itself?

In a staggering feat of twisted logic, lawyers for Coca-Cola are defending the lawsuit by asserting that “no consumer could reasonably be misled into thinking vitaminwater was a healthy beverage.”

Does this mean that you’d have to be an unreasonable person to think that a product named “vitaminwater,” a product that has been heavily and aggressively marketed as a healthy beverage, actually had health benefits?

Or does it mean that it’s okay for a corporation to lie about its products, as long as they can then turn around and claim that no one actually believes their lies?

In fact, the product is basically sugar-water, to which about a penny’s worth of synthetic vitamins have been added. And the amount of sugar is not trivial. A bottle of vitaminwater contains 33 grams of sugar, making it more akin to a soft drink than to a healthy beverage.

Is any harm being done by this marketing ploy? After all, some might say consumers are at least getting some vitamins, and there isn’t as much sugar in vitaminwater as there is in regular Coke.

True. But about 35 percent of Americans are now considered medically obese. Two-thirds of Americans are overweight. Health experts tend to disagree about almost everything, but they all concur that added sugars play a key role in the obesity epidemic, a problem that now leads to more medical costs than smoking.

How many people with weight problems have consumed products like vitaminwater in the mistaken belief that the product was nutritionally positive and carried no caloric consequences? How many have thought that consuming vitaminwater was a smart choice from a weight-loss perspective? The very name “vitaminwater” suggests that the product is simply water with added nutrients, disguising the fact that it’s actually full of added sugar.

The truth is that when it comes to weight loss, what you drink may be even more important than what you eat. Americans now get nearly 25 percent of their calories from liquids. In 2009, researchers at the Johns Hopkins Bloomberg School of Public Health published a report in the American Journal of Clinical Nutrition, finding that the quickest and most reliable way to lose weight is to cut down on liquid calorie consumption. And the best way to do that is to reduce or eliminate beverages that contain added sugar.
Meanwhile, Coca-Cola has invested billions of dollars in its vitaminwater line, paying basketball stars, including Kobe Bryant and Lebron James, to appear in ads that emphatically state that these products are a healthy way for consumers to hydrate. When Lebron James held his much ballyhooed TV special to announce his decision to join the Miami Heat, many corporations paid millions in an attempt to capitalize on the event. But it was vitaminwater that had the most prominent role throughout the show.

The lawsuit, brought by the Center for Science in the Public Interest, alleges that vitaminwater labels and advertising are filled with “deceptive and unsubstantiated claims.” In his recent 55-page ruling, Federal Judge John Gleeson (U.S. District Court for the Eastern District of New York), wrote, “At oral arguments, defendants (Coca-Cola) suggested that no consumer could reasonably be misled into thinking vitamin water was a healthy beverage.” Noting that the soft drink giant wasn’t claiming the lawsuit was wrong on factual grounds, the judge wrote that, “Accordingly, I must accept the factual allegations in the complaint as true.”

I still can’t get over the bizarre audacity of Coke’s legal case. Forced to defend themselves in court, they are acknowledging that vitaminwater isn’t a healthy product. But they are arguing that advertising it as such isn’t false advertising, because no could possibly believe such a ridiculous claim.

I guess that’s why they spend hundreds of millions of dollars advertising the product, saying it will keep you “healthy as a horse,” and will bring about a “healthy state of physical and mental well-being.”

Why do we allow companies like Coca-Cola to tell us that drinking a bottle of sugar water with a few added water-soluble vitamins is a legitimate way to meet our nutritional needs?

Here’s what I suggest: If you’re looking for a healthy and far less expensive way to hydrate, try drinking water. If you want to flavor the water you drink, try adding the juice of a lemon and a small amount of honey or maple syrup to a quart of water. Another alternative is to mix one part lemonade or fruit juice to three or four parts water. Or drink green tea, hot or chilled, adding lemon and a small amount of sweetener if you like. If you want to jazz it up, try one-half fruit juice, one-half carbonated water.

If your tap water tastes bad or you suspect it might contain lead or other contaminants, get a water filter that fits under the sink or attaches to the tap.

And it’s probably not the best idea to rely on a soft drink company for your vitamins and other essential nutrients. A plant-strong diet with lots of vegetables and fruits will provide you with what you need far more reliably, far more consistently — and far more honestly.

Meanwhile on the official Coca-Cola website the following statement was released in 2009 when this whole issue started heating up:

Statement On The glacéau vitaminwater Lawsuit

Filing a lawsuit is an opportunistic PR stunt. This is not about protecting the public interest. This is about grandstanding at a time when CSPI is receiving very little attention. There is no surprise that one week before the inauguration of the U.S. President, with the flurry of activity in Washington, D.C., that CSPI has chosen today to try to bring attention to themselves.

We don’t need a “healthful” alternative to sodas. All our beverages, including sparkling and diets, can be part of healthful diet. Furthermore, consumers today are aware and are looking for more from their beverages than just hydration. Products like glacéau vitaminwater provide a great tasting choice for hydration that also helps contribute to daily needs for some essential nutrients.

Water is so important to life and drinking good quality water is critical to good health.  Visit Ecovitality for more eco-health advice and to order premium supplements made by Sevenpointfive. 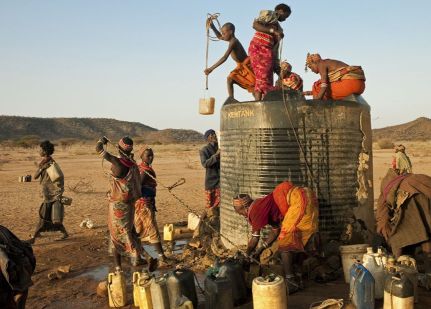 Is water from water tanks safe to drink? 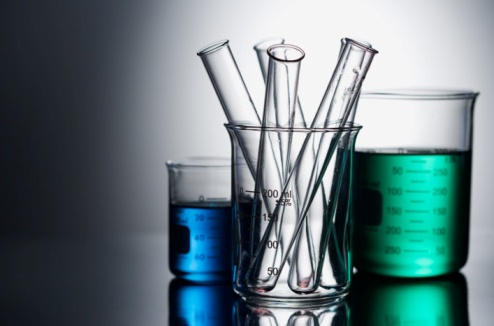 What Kinds of Chemicals Are in Your Tap Water?