How to Build a Bamboo and Earth House

In the Future, Everything Will Be Made of Algae

The risks associated with iodine-131 contamination in Europe are no longer “negligible,” according to CRIIRAD, a French research body on radioactivity. The NGO is advising pregnant women and infants against “risky behaviour,” such as consuming fresh milk or vegetables with large leaves. 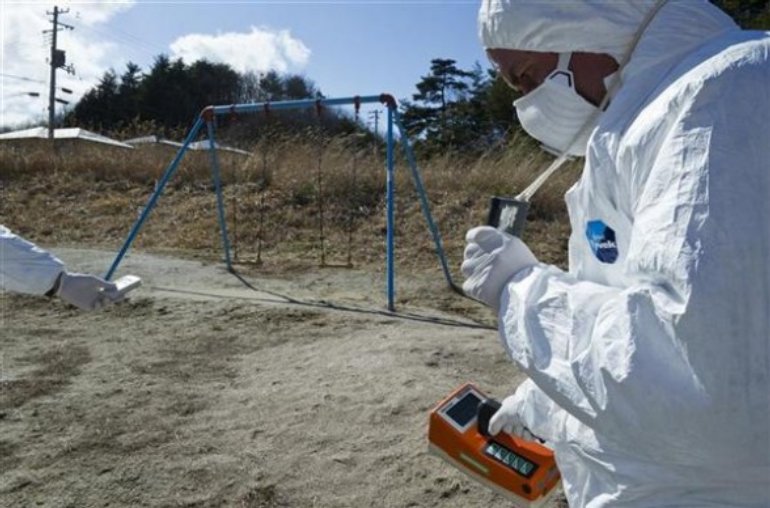 In normal times, no trace of iodine-131 should be detectable in rainwater or milk.

The Euratom Directive of 13 May 1996 establishes the general principles and safety standards on radiation protection in Europe.

In response to thousands of inquiries from citizens concerned about fallout from the Fukushima nuclear disaster in Europe, CRIIRAD has compiled an information package on the risks of radioactive iodine-131 contamination in Europe.

The document, published on 7 April, advises against consuming rainwater and says vulnerable groups such as children and pregnant or breastfeeding women should avoid consuming vegetables with large leaves, fresh milk and creamy cheese.

The risks related to prolonged contamination among vulnerable groups of the population can no longer be considered “negligible” and it is now necessary to avoid “risky behaviour,” CRIIRAD claimed.

However, the institute underlines that there is absolutely no need to lock oneself indoors or take iodine tablets.

CRIIRAD says its information note is not limited to the situation in France and is applicable to other European countries, as the level of air contamination is currently the same in Belgium, Germany, Italy and Switzerland, for instance.

Data for the west coast of the United States, which received the Fukushima radioactive fallout 6-10 days before France, reveals that levels of radioactive iodine-131 concentration are 8-10 times higher there, the institute says.

According to CRIIRAD, a huge proportion of the inquiries it has received concern the risks associated with rainwater and drinking tap water.

The institute stresses that there is no risk whatsoever, even for children, of standing in the rain without protection. But consumption of rainwater as a primary source of drinking water should be avoided, particularly among children, it said.

As for tap water, underground catchments or large rivers should not present any problem. But the institute suggests that the situation of water from reservoirs that collect rainwater from one or more watersheds, such as hillside lakes, should be examined more closely.

As for watering one’s garden with collected rainwater, CRIIRAD advises watering only the earth and not the leaves of vegetables, as absorption is faster and more significant on leaf surfaces than through roots.

Spinach, salads, cabbage and other vegetables with large surface areas are among those food products that are particularly sensitive to iodine-131 contamination, if they are cultivated outside and exposed to rainwater. Washing vegetables does not help, as iodine-131 is quickly metabolised by the plants, CRIIRAD notes.

Fresh milk and creamy cheeses, as well as meat from cattle that have been outside eating grass, are categorised as foods that may have been indirectly contaminated and must also be monitored. Contamination of milk and cheese from goats and sheep may be of a greater magnitude than that of produce from cows.

Level of a risky dose

The Euratom Directive of 13 May 1996 establishes general principles and safety standards on radiation protection in Europe.

According to the directive, the impact of nuclear activity can be considered negligible if doses of radiation do not exceed ten micro sieverts (mSv) per year. Beyond this value, possible measures should be considered to reduce exposure, it says.

While radioactive iodine-131 is mostly present in the air in the form of gas, CRIIRAD notes that in the case of the Fukushima fallout, the main issue is to limit ingestion of iodine-131.

CRIIRAD notes that the amount of iodine-131 capable of delivering a dose of 10 mSv varies greatly depending on the age of consumers. Children up to two years old are the most vulnerable and ingestion of 50 becquerel (Bq) is enough to deliver to the body a dose of 10 mSv, according to the institute.

If the foods (leafy vegetables, milk etc.) contain between one and 10 Bq per kg or more, it is possible that the reference level of 10 mSv may be exceeded within two to three weeks, the institute added.

Radioactive iodine-131 values measured by the French Institute for Radiological Protection and Nuclear Safety (IRSN) in recent days show the following, varying levels of contamination: 0,08 Bq/kg in salad, spinach and leeks in Aix-en-Provence, 0,17 Bq per litre in milk in Lourdes and 2,1 Bq per litre in goats milk in Clansayes.

Contamination to continue over coming weeks

CRIIRAD notes that “huge amounts of radioactive material have been released by the Fukushima Daiichi plant since Saturday 12 March 2011. On Tuesday 5 April, 24 days after the accident, the releases continue. This means that the contaminated airborne masses in Europe will last just as long, with a delay linked to the movement of radioactive aerosol gases over some 15,000 km.”

It also cited a technical report from the operating company (TEPCO) and the Japanese nuclear safety authorities (NISA) which “fear releases over several more days, even weeks”.

If more fires are reported or if the operators are forced to release more steam in order to prevent hydrogen explosions, new massive waste releases will occur, the institute warned.

Also see How much radiation is ‘safe’? and A guide to terminology about radiation exposure.