Sugarcane Can Cool the Earth in More Ways Than One

In an effort to improve the lives of people living in rural South Africa, 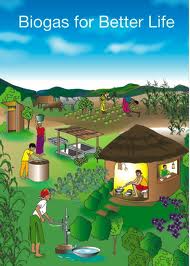 Acrona South Africa, in which TPA has a 50% vested interest, will manufacture micro gas turbines and other related products, with its first project being the TPA agricultural biogas project, which would be used to implement domestic biogas projects throughout the impoverished rural areas of South Africa.

The project would see large biogas digesters installed at farms to replace the open lagoons currently being used as animal waste management systems. The lagoons release unrestricted methane gas, which is about six times more harmful than carbon dioxide, into the atmosphere.

It is estimated that farming is responsible for 6% of global man-made greenhouse-gas emissions.

By installing the anaerobic digesters the methane-rich gases can then be captured and used as a fuel source for the microgas turbines that will be produced by Acrona.

The biogas produced by the Capstone micro turbines, would be used as fuel for electricity generating equipment, providing power to be used on the farm. In addition, electricity could be sold to the grid, while carbon credits could also be sold.

The revenue equal to TPA’s stake in Acrona South Africa, as well as any additional money made from the agricultural project would then be used to drive the community development biogas project.

Acrona director Beat Naef said that extensive technology transfer and skills development would be a strong focus in establishing the new company in South Africa.

Potential also existed to create new job opportunities, in line with South Africa’s New Growth Path, while the technology would contribute to the country’s ambition to significantly cut its carbon emissions by 2020.

During the Copenhagen climate negotiations of 2009, South Africa announced that it would voluntarily move to reduce domestic greenhouse-gas emissions by 34% by 2020 and by 42% by 2025 from a ‘business as usual’ baseline, subject to the availability of adequate financial, technological and other support.

The micro turbines would also offer South Africans another alternative energy source from that of State-owned power utility Eskom’s grid, which has been struggling with capacity constraints since 2008.

The site, which would be equipped with a treatment plant, activated carbon vessel and micro turbine would be operational shortly, and Hayden expected that the project would pay back itself within the first eight years of operation.

The TPA biogas programme would run over a 21-year period, with evaluations for renewal of the programme taking place every seven years.

“This is a very appropriate solution to ensure sustainable energy generation in the country’s remote rural areas, curb the effects of deforestation and assist our commercial farmers to generate their own power, while also preventing harmful methane gases from being released into the atmosphere,” said Hayden.

Currently, biogas digester household technologies are already servicing 25-million households across the world, with about 17-million of these servicing China’s rural communities.

Also see Could generating energy from waste be the answer? and Chicken manure to help power UK homes.  Biogas is a great eco-friendly solution for power generation in rural areas where electricity mains are non-existent.  In the future, energy from waste will be seen as a valuable addition to green power generation and what we now call ‘waste’ will become a fuel with monetary value.